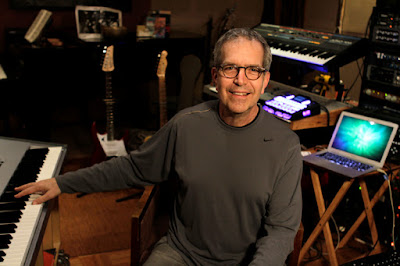 [Please see my article about record producer David Kahne, who has produced Paul McCartney, Sublime, Kelly Clarkson, the Bangles and many others. His favorite work of art, in any genre, is James Joyce's Ulysses and he has just contributed a track to the new Waywords and Meansigns project. -- The Management].

But on his latest recording, Kahne finally got to work with his all-time favorite artist: James Joyce.

A generous slice of the Irish modernist writer's avante-garde novel, “Finnegans Wake,” provides all of the text for Kahne's album-length recording, about 46 minutes long.

Highly OT, but I thought Tom and other libertarian minded folks here shouldn't miss this article in today's NYTimes. http://tinyurl.com/z4qtb9k

Thank you. I had not seen it, but I can see why you pointed it out.