Sam Skopp on Illuminatus and synchronicities

Skopp Says  by Sam Skopp is a new blog in the Tumblr format. Only two entries so far, but the first one did catch my attention: It's about synchronicities and the Illuminatus! trilogy. 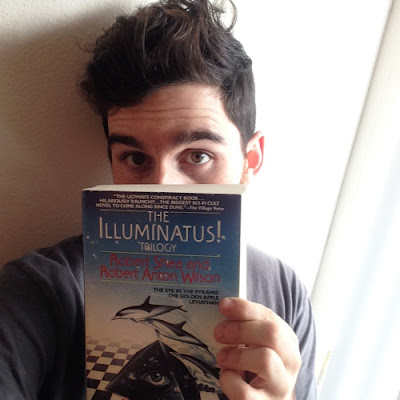 I hesitate to recommend R.A.W.’s work to others. While deep down I believe that R.A.W. had all of the answers to life, the universe and everything, I know that the sense of belonging I found through his work is far more often found by others through more conventional means. Like Internet forums or football.

Or maybe I’ve become less interested in his work after years of sort of low key treating his every word as gospel, because Robert Anton Wilson is one of the few writers I’ll tell people has officially changed my life. It’s possible that Illuminatus! contains a treasure trove of fun and wisdom patiently waiting for the uninitiated.

Hey, Sam,  you can hang out here and nobody will think you are weird. This is a safe space where you can find the others!
on February 13, 2016