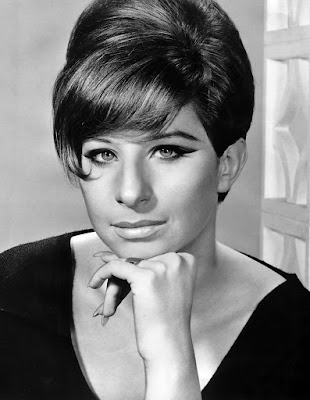 You'll have to get to the end of this blog post to see what film star and singer Barbara Streisand has to do with any of this.

But it's true. Here are a couple of bits from an interview of Mike Masnick, the well-known technology journalist and founder of Techdirt. If you don't know him, Masnick is a well-informed and influential writer who is, from my point of view, on the "right" side of technology and civil liberties issues about 99 percent of the time. I read him all the time, but had no idea he was a RAW reader until I read an interview with him at Mimesis Law (a web site that covers the legal industry), a long piece that Jesse Walker at Reason magazine ran across and kindly pointed out to me.

Here is a first bit from the interview (on how his approach to studying issues got started):

I’m not sure I honestly had any serious viewpoints on any of that when I started at Cornell ILR.  I will say that I had just come off an intense reading of the infamous “Illuminatus! Trilogy” by Robert Anton Wilson and Robert Shea, that a high school friend had given to me, saying “I need you to read this to stop you from becoming like a CIA spook or something” (a vibe I didn’t know I was apparently giving off at the time) and the book actually had a pretty intense influence on my view of things at the time, to the point that it was more “I’m not sure I trust any of what I’ve been told before, and I really ought to question lots of assumptions.”

And now, the bit where you find out about the development of Mosaic, an early web browser which popularized the World Wide Web:

And, of course, the other amazing thing was once I got to Cornell, I got on the internet for the first time in the fall of 1993, and got sucked in immediately.  I spent an awful lot of time exploring IRC and Usenet — including falling in with a crazy group of folks on Usenet who were all fans of the Illuminatus Trilogy (it all comes around!), including a bunch of folks who went to the University of Illinois at Urbana Champaign, and they started telling me about this neat thing they were working on called “Mosaic” which was the very first graphical browser software for this new concept known as “the World Wide Web.”  So, one night, I dialed in with my 2400 baud modem and downloaded Mosaic overnight while I slept.  And, from there I was hooked on the whole concept of the internet and how powerful it might be.

It took awhile, but I read the whole article, because it was interesting and I'm a Masnick fan. There's quite a bit about not being trapped in any particular political reality tunnel, although admittedly Mr. Masnick does not use that exact terminology.

Incidentally, I related to anecdote about being handed a copy of the first issue of "Wired" magazine.

And then, just as I was graduating high school, the very first issue of Wired Magazine was published.  I still remember my friend Ari handing me the first copy in the parking lot of our high school, telling me that it was “the new thing” after Mondo (yeah, rather than drugs in the parking lot I was getting tech magazines — make of that what you will), and I quickly got a subscription and would devour the magazine cover to cover every month.

I bought the first issue of "Wired" when it came out (it had Bruce Sterling on the cover! wow!) and I remember thinking how cool it was that someone was putting out a commercial magazine aimed at people like me. Although in my case, I was unfamiliar with Mondo 2000. I thought it was a slicker version of my favorite magazine, bOING bOING. (bOING bOING guru Mark Fraunfelder — they spell the name a little differently now — and I are both on the "RAW Trust Advisors" board now. Everything connects!)

Mike Masnick, FYI, also came up with the concept of the Streisand effect.

This reminded me of this site (actually, a book called IIRC _The New Hacker's Dictionary_:

Check this link, scroll down to "Bibliography" at the end and note the first two books listed: