Are ordinary folks richer than John Rockefeller in 2016? 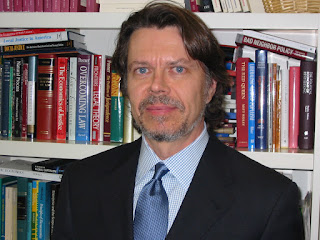 Robert Anton Wilson was an optimist on technology who thought that things would get better and better. One of my favorite RAW books, Cosmic Trigger Vol. 2: Down to Earth, offers some insight into that: He remembered from his childhood how bad things were decades ago.

Don Boudreaux makes the point clear in a new blog post, "Most Ordinary Americans in 2016 Are Richer Than Was John D. Rockefeller in 1916."

You could neither listen to radio (the first commercial radio broadcast occurred in 1920) nor watch television.  You could, however, afford the state-of-the-art phonograph of the era.  (It wasn’t stereo, though.  And – I feel certain – even today’s vinylphiles would prefer listening to music played off of a modern compact disc to listening to music played off of a 1916 phonograph record.)  Obviously, you could not download music.

There really wasn’t very much in the way of movies for you to watch, even though you could afford to build your own home movie theater.

Your telephone was attached to a wall.  You could not use it to Skype.

Your luxury limo was far more likely to break down while you were being chauffeured about town than is your car today to break down while you are driving yourself to your yoga class.  While broken down and waiting patiently in the back seat for your chauffeur to finish fixing your limo, you could not telephone anyone to inform that person that you’ll be late for your meeting.

Even when in residence at your Manhattan home, if you had a hankering for some Thai red curry or Vindaloo chicken or Vietnamese Pho or a falafel, you were out of luck: even in the unlikely event that you even knew of such exquisite dishes, your chef likely had no idea how to prepare them, and New York’s restaurant scene had yet to feature such exotic fare.
on February 23, 2016

Who needs Chicken Vindaloo? He doesn't even mention that Illuminatus! hadn't been published in 1916.