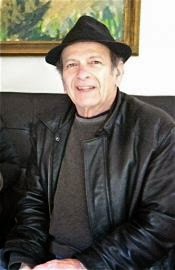 I posted earlier on the struggle to preserve the Timothy Leary archives, and now I can report that more information has become available. Lisa Rein is doing a long interview with Leary archivist Michael Horowitz, and a Part 2 has been promised. Hat tip, John Merritt, who is on Twitter.

The whole interview is a great read. Excerpt:

MH: Yes. He was stoked by the Supreme Count ruling in his favour on the Marijuana Tax Act (later reversed, but that didn’t faze him—few things did). He knew that attacking the power structure would be at great personal cost and he would lose battles along the way, but any time he saw an opportunity to spark a cultural evolution, why not give it a shot?

The most radical proposal in his platform was legalizing marijuana and taxing it appropriately. It was a lot like the model adopted by Colorado and Washington 45 years later.

MH: Yes. John Lennon did compose his campaign song, “Come Together, Join the Party,” when Tim and Rosemary joined John and Yoko at the Montreal Bed In to end the war. After it was clear that Tim’s felony conviction had knocked him out of the race, John repurposed the song into the Beatles’ hit, “Come Together.”
on November 23, 2015

And another weirdo (and favorite of mine), Jerry Brown, also ran and actually won. A dinner party featuring Brown, RAW and Gore Vidal would have been a lively affair.