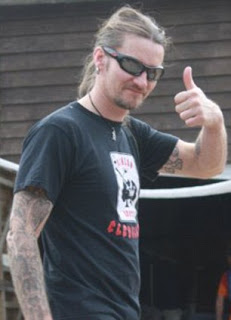 The story is here.  There's also a sidebar from the Guardian about how this was common practice, and the British police saying they are really sorry.

One oddity of the articles, at least for me, is that I could not find any explanation for why police were spying on environmental groups in the first place. In the U.S., lip service is given to the idea that people have the right to engage in peaceful political activities under the Bill of Rights, and police would have to come up with some sort of excuse for engaging in this type of conduct (which is hardly unknown over here.)

Via Jake Shannon at Discordian Libertarians on Facebook.
on November 22, 2015

In Canada, we had a similar gov paying similar scrutiny to treehuggers while motherfuckers roam free range. More fun to embed yourself into hippy chick culture I suppose. Good TV show. Breaking Badly. In Canada it was tax scrutiny mostly I believe, not a sleeping bag infiltration.