Sean Gabb on the Paris attacks 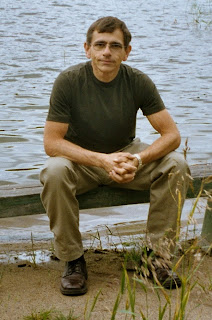 Sean Gabb tries to get everyone to calm down and think things through:

There have been large Moslem communities in this country since the 1960s. In this time, fewer than a hundred people have died in specifically Islamic terrorist attacks. I know that I am ignoring the death toll in New York and Madrid and Paris. But I am discussing my own country, and, even if there is a large attack in London, it will not compare in its nature with the Sinn Fein/IRA insurrection.

Doubtless, the large number of Moslems settled here brings other problems. But they have no territorial demands against us. They remain attached to their countries of origin. Many retire to these countries. They often see their stay in this country as temporary. Their religious leaders are more forthright in condemning terrorism than the Irish Catholic hierarchy ever was. Most of them do not want to kill us. Those who want to convert us believe they are doing us a favour. By the standards of our own recent past, the Moslem threat – so far as it really exists – is trivial.

Only one side in the Northern Irish conflict has ever used language that suggests a motivation of ethnic cleansing amd it's the side Gabb is more sympathetic to.

Northern Ireland is an arbitrarily created state designed to create a majority population loyal to Britain. It is not Ulster. At the time NI was created Ulster was predominantly nationalist. This is why only 6 counties were used to create the state instead of all 9 counties of Ulster.

While I can sympathise with arguments against tarring Britain's Muslim community with the same radical brush the author's bigotry in other areas came through loud and clear.

I agree. A very poor and inaccurate analogy. Also not true that the Catholic Church did not condemn the IRA. Who is this guy?

I'll let Sean explain his opinions about Northern Ireland and the IRA, if he cares to, but I can only explain that I posted this because his comments forced me to think. I don't remember Irish Catholic priests in America being constantly pressured to denounce the IRA, constant insistence that every Irish Catholic is responsible for anything the IRA does, or American politicians urging open discrimination against people of Irish Catholic descent.