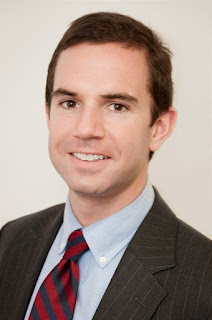 If you want a dose of Robert Anton Wilson's antiwar thoughts these days, as the world seems to be becoming more violent and dangerous, Chad Nelson has a pointer. He has a new posting up at the Center for a Stateless Society, "Robert Anton Wilson on Blowback, Anarchy, and Optimism." I listened to the 15-minute clip of a RAW interview he pointed to as I started my day. As Chad writes, "Among the topics discussed in this segment: 9/11 and Pearl Harbor as blowback from American Empire; the 'despised' (aka revisionist) historians Wilson was warned by high school teachers not to read (Harry Elmer Barnes, Charles Beard and James J. Martin); libertarianism, anarchism and contract-based societies; Wilson’s favorite anarchist influences (Tucker, Tolstoy and Kropotkin); globalization, corporatization and the transformative potential of the internet; and how Wilson remains optimistic despite never-ending war."

For more on the revisionist historians that RAW and Chad mention, see Jeff Riggenbach's Why American History is Not What They Say.
on November 25, 2015

Thanks for that. The RAW interview was great.