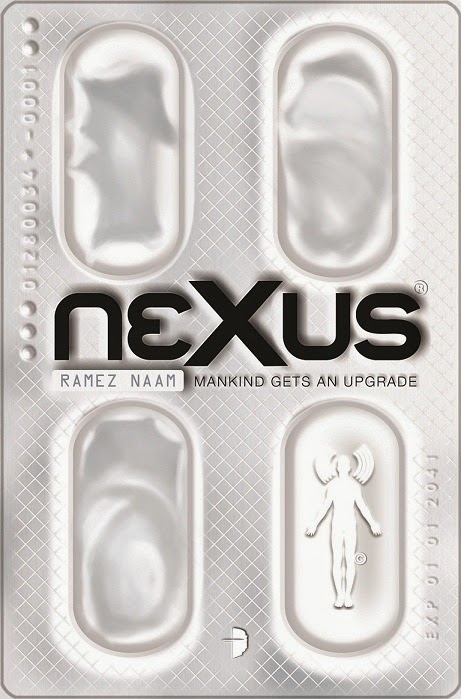 This year's Prometheus Awards have been announced, with the award going (in a tie) to two quite good books: Homeland by Cory Doctorow and Nexus by Ramez Naam, two books that I liked very much. My Reason review of Homeland is here, while my blog post on Nexus is here. The Hall of Fame award this year goes to Falling Free by Lois McMaster Bujold.

In related news, Marcon 50, a science fiction convention run by some of the same folks who are involved with the Prometheus Award, will be held May 8-10 2015 in Columbus, Ohio. The guest list has a decided libertarian tinge, with writers that include L. Neil Smith, F. Paul Wilson and Vernor Vinge.

Here's most of the official Libertarian Futurist Society press release on this year's Prometheus Awards:

The Libertarian Futurist Society has announced its Prometheus Award winners for 2014 – including a tie for Best Novel, our annual Hall of Fame entry for Best Classic Fiction and a rare Special Award, the first by the LFS’  to a filksinger-storyteller.

Awards for Best Novel, Best Classic Fiction (Hall of Fame) plus a Special Award will be presented at 8 p.m. Aug. 16 during the Special Awards ceremony at Loncon 3, the 72nd annual World Science Fiction Convention, which will be held August 14-18, 2014 in London.

Homeland, the sequel to Doctorow’s Prometheus winner Little Brother, follows the continuing adventures of a government-brutalized young leader of a movement of tech-savvy hackers who must decide whether to release an incendiary Wikileaks-style exposé of massive government abuse and corruption as part of a struggle against the invasive national-security state.

Nexus offers a gripping exploration of politics and new extremes of both freedom and tyranny in a near future where emerging technology opens up unprecedented possibilities for mind control or personal liberation and interpersonal connection.

Leslie Fish wins Special Award
Author-filksinger Leslie Fish, perhaps the most popular filk song writer of the past three decades and one who often includes pro-freedom themes in her songs, will receive a Special Prometheus Award in 2014 for the combination of her 2013 novella, “Tower of Horses” and her filk song, The Horsetamer’s Daughter.
Fish’s novella (published in the anthology Music of Darkover edited by Elisabeth Waters) faithfully tells the same story as her Pegasus-winning filk song. The story’s characters (especially the 12-year-old title character of the song) resist control of a wizard-backed government that wants to regulate, tax, and conscript them.

This Darkover story thus sheds new light and fresh libertarian perspective on the world of Darkover by focusing on the peaceful voluntary cooperative lives of farmers and small-town traders struggling to preserve their freedom and independence – rather than the usual Darkover focus on the planet’s leaders or ruling elite, some well-intentioned but some abusing power.

About the awards
The Prometheus Award, sponsored by the Libertarian Futurist Society (LFS), was established in 1979, making it one of the most enduring awards after the Nebula and Hugo awards, and one of the oldest fan-based awards currently in sf. Presented annually since 1982 at the World Science Fiction Convention, the Prometheus Awards include a gold coin and plaque for the winners.

For more than three decades, the Prometheus Awards have recognized outstanding works of science fiction and fantasy that stress the importance of liberty as the foundation for civilization, peace, prosperity, progress and justice.

For a full list of past Prometheus Award winners in all categories, visit www.lfs.org. Membership in the Libertarian Futurist Society is open to any science fiction fan interested in how fiction can promote an appreciation of the value of liberty.

More information is available at http://lfs.org.