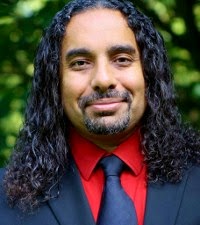 Every once in awhile, your humble blogger recommends a novel that sombunall of you might be interested in. I did so last  year when I plugged Leonard Richardson's excellent Constellation Games. And now I'm doing so again be recommending a novel by another emerging science fiction writer. I read a lot of books, and Nexus by Ramez Naam is the best science fiction novel I've read in awhile.

Nexus is a substance, part drug and part nanoparticles, that essentially can be used to implant computers into the brains of its users, enhancing their abilities and allowing them to communicate wirelessly with each other. The government is against the open distribution of the stuff, of course, so the plot is a thriller, with lots of fight scenes, of the struggle between the protagonists, various interest groups, and a ruthless DEA-style organization called the ERD.

The hero is a guy named Kaden Lane, a smart nerd but not a James Bond type (his best efforts to be James Bond, taken in emergencies, tend to fall short). I'm not going to give a detailed plot summary; why take away the surprises? Please take my word for it that while Naam gives you plenty to think about, there's lots going on.

I bring the book up at this blog because I think Robert Anton Wilson and Timothy Leary fans would be interested in a central element of the plot: When a radical "brain change" agent becomes available, who has the right to control it? Or does anyone have the right? The book explicitly invokes the War on Drugs.

And here is a section of the book, in which the hero and a Buddhist monk, who are really talking about the spread of Nexus, discuss the issue by analogy:

"Imagine," Ananda said, "a world where it took most of a lifetime to learn to speak, to learn to read or write, where many never even reached that point."

Kade closed his eyes, tried to picture it.

"Imagine that you could show people a faster way," Ananda continued. "That in a year or two you could show them the basics of language, of literacy."

"Would you do it?" Ananda asked.

"Even though it would surely be used at times for profanity or vile speech?"

"Even though writing might be used to describe weapons that could be used to kill others?" Ananda asked.

"Even though charismatic fascists might use the power of speech to stir people up, to incite violence, to stoke hatred, to create war?"

"Because I think people would use it for more good than harm."

"Is that the only reason?"

Compare that, if you would, to the Robert Anton Wilson quote in the link, above, to my Constellation Games review.

I should add that the book says all the right things (i.e., things I agree with) about free speech, government lying, freedom of the Internet, and so on.

Nexus is a finalist for the Prometheus Award, along with its sequel, Crux.  (I am a member of the group that picks the award.) The final ballot is generally a strong collection of novels (although I didn't like the Sarah Hoyt book), but I'll be surprised and disappointed if Naam doesn't win the award.

UPDATE: Reason Magazine ran an interesting excerpt from the novel.
on May 16, 2014

I've been considering reading it and now you've convinced me.

A story with an essence as present as snakes and daffodils; from golden apples to gilded pills.