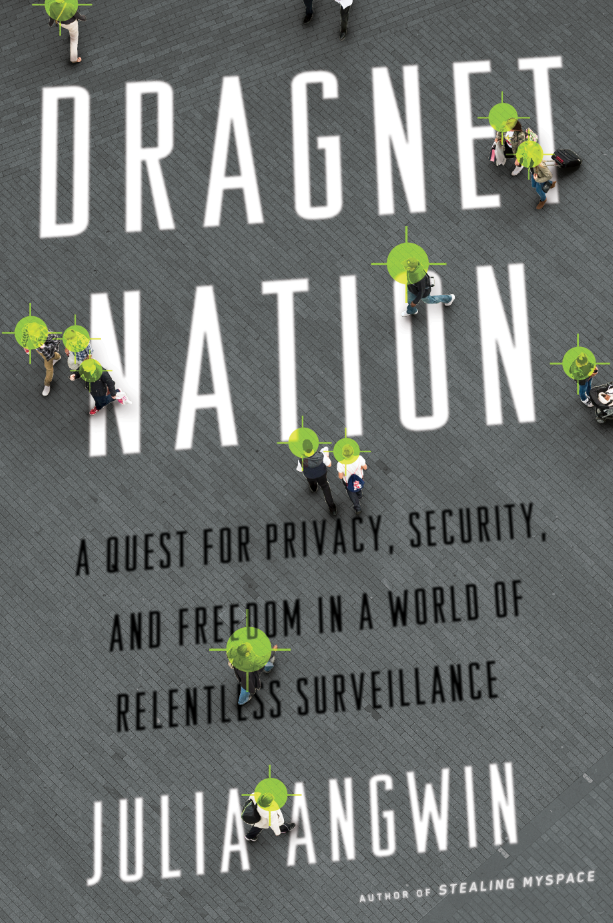 I've just finished Julia Angwin's Dragnet Nation, which turned out to be one of the best nonfiction books I've read in awhile. She's a journalist, currently with ProPublica. In the book, she chronicles her efforts, sometimes successful, sometimes not, to use the Internet and her cell phone without being spied on by corporations or the government.

There's a section of the book which describes the plight of Gulet Mohamed, a U.S. citizen who was arrested in Kuwait and tortured; although he apparently never was charged with a crime, he is not allowed to fly on an airplane. He has not been able to find out why he is on the no-fly list. Angwin writes,

This is the worst kind of abuse of personal data; Mohamed was tortured and to this day cannot board an airplane, for reasons he does not know, and he is told he cannot challenge those reasons in a court of law. Not all data abuses are as dreadful as in Mohamed's case, but his plight reminds me how important it is to have a mechanism to allow people to see the data that are used against them.

There is more information about the book here. Angwin's article giving advice on how to protect your privacy online is available here.