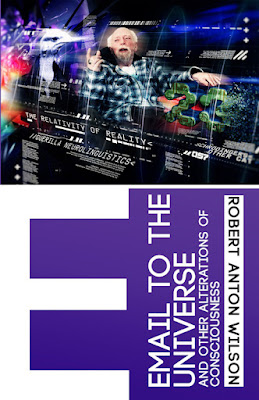 "Left and Right: A Non-Euclidean Perspective," reprinted in Email to the Universe, is one of Robert Anton Wilson's most memorable essays.

Prop Anon has now posted all eight of the assignments in the Non-Euclidean Politics Class that RAW taught at Maybe Logic Academy.

In the posting for the first class, Prop explains, "Robert Anton Wilson’s final class at the Maybe Logic Academy was called ‘Non-Euclidean Politics’ and it covered some of the political and economic theories that most influenced him. The class ran from January 23rd to March 13th, 2006 and was an amazing recap of Wilson’s political philosophy."

More at the link, and at the postings for the other seven assignments.