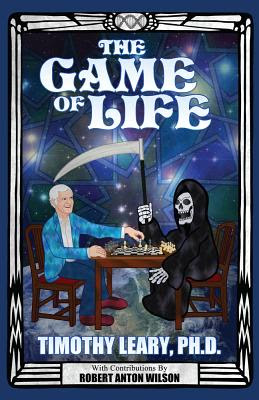 Dude, we’ve made it to the eighth circuit! Bob starts this chapter with a quote from Ulysses. Joyce provided both Leary and Wilson with many maps to the higher circuits.

About thirty years ago I repeatedly read the final novels of Philip K. Dick. While reading The Divine Invasion I had the idea of setting up a team of astral projectors who would try to restore the ancient library at Alexandria. About eleven years I got a group together, and we made the attempt without any apparent success. We also investigated the Kennedy assassination. I associated Bach’s Cello Suites with the Alexandria attempts and Beethoven’s late String Quartets with the Dallas 1963 attempts.

For the past few days I have wondered how many times the movement Stroke the Peacock’s Tail (right) appears in the 108 Movement Yang Long Form of Tai Chi. I finally figured it out this morning: eight times. (I don’t think the tai chi peacock has anything to do with the streaming service.) This mild coincidence of eights fits in with this mild chapter. I have far less visceral experience of the eighth circuit than I do of the other seven circuits.

I guess I would consider myself an Evolutionary Agent using the criteria on page 274 of Prometheus Rising. I don’t think I’ve mastered the metaprogramming circuit yet, although I think I’ve experienced it over the past 39 years. In 1983 my roommates and I decided to have a 123rd birthday party for Gustav Mahler on July 7. I spent the month before the party metaprogramming Mahler, reading about him, listening to his music, studying his scores. One time I woke up in the middle of the night hearing Mahler music in my head, but not music Mahler had actually composed. My mind had started creating pseudo-Mahler music for my first experience of metaprogramming.

I also don’t consider myself a “neuro-quantum” adept yet. In fact, I don’t connect with the eight circuit model as much as I used to. I find it a very useful model, but I look forward to even better models. On pg. 20 of Prometheus Rising Bob wrote:

Following Dr. Timothy Leary (with a few modifications) we shall divide this brain hardware into eight circuits for convenience. (“For convenience” means that this is the best map I know at present. I assume it will be replaced by a better map within 10 or 15 years; and in any case, the map is not the territory.)

Bob wrote Prometheus Rising in 1983, and he revised the text for the 1997 Second Revised Edition. Twenty-five years have passed since then.

Perhaps “more of Beethoven’s intelligence” (pg. 271) will help us find and/or create even better maps. Tim Leary had more interest than Bob did in contemporary music like rap and rock. I love how Tim wrote about Stevie Nicks and David Bowie, for instance. On page 275 Bob wrote:

By the time the Consciousness Revolution peaks, the Longevity Pill is widely available, cloning is normal and all the ideas in this book, including the most wild and radical ones, seem quaint and old-fashioned – i.e., about 2005 – we will probably be growing accustomed to thinking in terms of revolutions-per-year.

There is no reason to accept the tunnel-reality of this book as final. If you really understand the message, you will invent a bigger and better Future than I have suggested. As Barbara Marx Hubbard says:

I don’t think that happened by 2005, but perhaps it will happen in the next 23 years, or by next Tuesday after lunch.

In the mid-80’s I used to revel in reading Tim Leary while listening to Fleetwood Mac. I wonder how the synergy of texts and music will help us navigate the next few years. I thank you for joining us on this voyage.

I wonder what “Meta-physiological cosmic vision” pre-capitulates in the book’s final line.

Thank you for yet another great post, Eric. I feel confused, are we doing the last two chapters at once? When will the reading group end?

RAW hints at the Leary subdivision in three phases on p.270 when he writes that "intelligence is the capacity to receive, decode and transmit information efficiently."

On the next page, Bob seems to say that Intelligence Increase will happen through the (correct) use of drugs. Probably because, realistically, mosbunall humans would not be bothered practicing yoga for a lifetime.

I wonder if the use of the word "mentation" (p.271) might be a wink to Gurdjieff (who's name-dropped just before), like "wise-acreing" earlier on in the book.

Great post. The Ulysses quote in the context of the non-local quantum circuit implies an interpretation that god can = this circuit. I don't know, but it seems the practice of attempting samadhi, union with All, union with God, invoking Horus, etc. etc. seems to increase the possibility of contact with the 8th circuit.

The last time I heard Leary speak at the Wetlands in New York he advised people to think like quarks; to regard themselves as basic singularities in a quantum behaving world. Great Leary quote from The Game of Life!! Voyaging reminds me of the name E.J. Gold uses regarding traveling in that circuit.

The last word of the book = "WHAT?" This can be read qabalisticly in multiple ways that suggest answers to the final question. For instance, W + Hat; or corresponding each of the letters with a Tarot card, etc.

Thank you both for your kind words. When we planned this study group, we planned to spend six months on chapter one and a month each on all of the other chapters except for the last two. We planned to do the last two chapters in the final month since they had no exercises. That gave us 23 months.