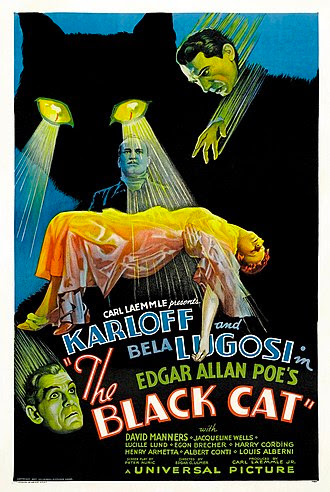 As we head closer toward Halloween, here is something sombunall of you might find useful: Jesse Walker's top ten, all time favorite horror movies, taken from his contribution to a Twitter poll. Here's the list:

I've only seen Mulholland Drive and The Birds, both very good. I hope if Jesse ever publishes his top ten science fiction movies, I'll run across the list.

A bloke in Europe said...

Videodrome is one of my favs by David Cronenberg

Kidding aside, a cool list. As a fellow horror genre fan, I’ll check out a few of them. Definitely Mullholland Dr. Not sure how I’ve managed to miss that one.

This is also a great exercise in the RAW lesson of not letting one’s personal taste turn into dogma. My list would look far different, but it’s fun seeing you through the lens of your taste in horror films, Jesse.

Two recent horror films that both make my top ten are Hereditary and Midsommar. Can’t wait to see his (I forget director’s name) next project which seems like it will be far different than these two.

I agree with Bride of Frankenstein and Mulholland Drive wholeheartedly.

Boris Karloff's "Hjalmar Poelzig" in The Black Cat is yet another Crowley stand-in.

In the mouth of madness, the John carpenter movie ;)

The real scandal is that there's nothing earlier than 1932. :>

My ten favorite horror films as of today:
1. The Shining
2. The Legend of Hell House
3. X - The Man with X-Ray Eyes
4. The Exorcist
Those four came easily to mind. These next two I consider guilty pleasures. I watch them over and over again.
5. The Day of the Dead (2004)
6. The Ninth Gate
7. The Fellini sections of Spirits of the Dead. I started watching it on TV as a teenager a number of times, but the presentation of the Devil terrified me so much I turned it off repeatedly
8. The Bride of Frankenstein
9. The Stand
10. The Invasion of the Body Snatchers (1956)
For numbers 3 and 10 I love the legends of their supposed lost original endings.