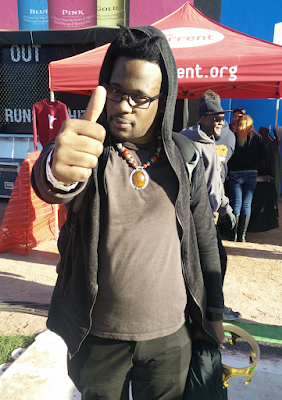 As part of a monthly series called Book Club, rapper Open Mike Eagle talks about his literary influences for Spin, and one of the writers he mentions (along with Tom Robbins and Grant Morrison and many others) is Robert Anton Wilson:

"Robert Anton Wilson is very similar to Tom Robbins in that his writing is led by his curiosity. He lays out mystical stuff through logical approaches and tries to blur the lines between where those universes are. He explores that quantum physics space that lives between both. He creates skepticism in a healthy way. I have a song called “4NML (Korzybski’s Lament)” on my album 4NML HSPTL; Korzybski’s concepts on language were introduced to me by Robert Anton Wilson’s books [including Prometheus Rising]. So the whole song is about how words are misleading and how language is just an inaccurate way to express most of the concepts that we’re thinking and feeling."

Thanks to Nick Helweg-Larsen for the tip.