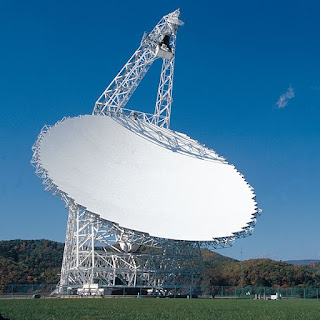 The New York Times runs an obituary for Frank Drake, the astronomer noted for his efforts to detect intelligent life.

It's worth reading for its own sake, but I also was surprised by the mentions of John Lilly. After mentioning Drake's first attempt to detect an alien transmission, the obit by Dennis Overbye goes on to say:

A year later, in November 1961, 10 scientists, including luminaries like the young Carl Sagan and John Lilly, who was trying to learn to communicate with dolphins, convened at the Green Bank observatory to ponder the extraterrestrial question. (They did so secretly, fearing professional ridicule.) After Dr. Lilly’s research, they called themselves the Order of the Dolphin.

[Green Bank is in West Virginia.]

@Anonymous, I do sometimes; I know I should do it more often.