Some new podcasts of note 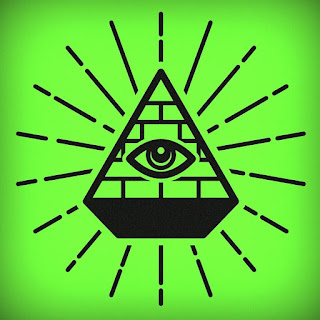 Logo for the new "Live From Chapel Perilous" podcast.

1. Live From Chapel Perilous with Leroy and Maz. New, began in September. First episode: "Leroy and Maz discuss the idea of "Chapel Perilous" as popularized by Robert Anton Wilson in his 1977 book Cosmic Trigger and briefly explore the history of secret societies from the Knights Templar thru to modern concepts of “The Illuminati”.  Season premiere." The most recent covers Aleister Crowley. I listened to the season premiere and it was entertaining, kind of like a college bull session.

2. The Thaddeus Russell podcast "Unregistered"  interviews Jesse Walker. Website link. "Jesse Walker has studied conspiracy theories, fringe political movements, moral panics, and mass hysterias for most of his life. He is the books editor at Reason magazine and the author of The United States of Paranoia: A Conspiracy Theory. Now was the time to talk to him." Unregistered is a consistently interesting podcast.

I have linked to websites in this post, but your usual smartphone podcasting app should work; my Podkicker Android phone app worked fine.