Review of 'The Earth Will Shake' by Greg Costikyan 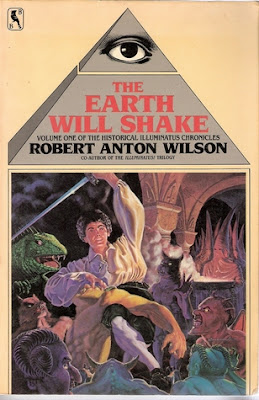 As the Libertarian Futurist Society put more of the material from its newsletter online, more articles of interest to readers of this blog are becoming available.

From one of the earlier issues, Spring 1985, you can read Greg Costikyan's review of Robert Anton Wilson's The Earth Will Shake.  Excerpt:

Whether or not it was consciously planned that way, this book is Wilson’s first work likely to appeal to a literary audience. The prose is clear and almost beautiful at times, the narrator engaging yet flawed in any number of particulars. It has its moments of comedy, its moments of tragedy: and its moments of dead earnestness. Wilson is one of the growing body of writers to which science fictioneers can point when they claim their genre contains writers of as much merit as the mainstream.

Greg Costikyan is apparently quite well known as a game designer and also is a writer; there's a Wikipedia biography.  And there's a personal website, too.