I try to explain 'Illuminatus!' to ordinary readers 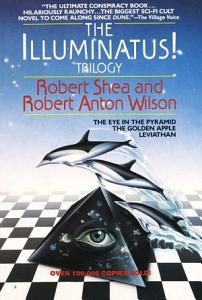 The Libertarian Futurist Society has been running a series of "appreciations" on the group's blog on literary works that have won the Prometheus Award, the award for libertarian science fiction that's been given out for about 40 years now.

So I wrote a blog post, and it's been posted, along with background material on the award and on Wilson and Shea added by another LFS member. How did I do?

If you like science fiction, there's a lot of other stuff at the blog to look at.

There is so much that can be said about Illuminatus! You did a really nice job bringing it all into a quick synopsis that should intrigue curious readers. Cool!