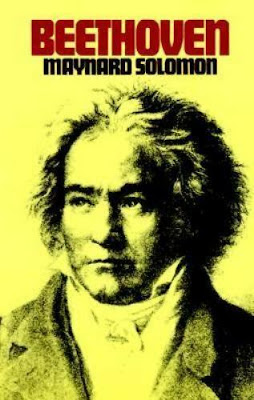 Maynard Solomon, the well-known biographer of classical music composers such as Beethoven and Mozart, has died at age 90.

Most serious Beethoven fans have read his well-known Beethoven biography; Robert Anton Wilson read it and referred to it in his writing. Eric Wagner tells me his Late Beethoven book, which I haven't read yet, also is good. I plan to read Solomon's Mozart biography fairly soon.

The New York Times obituary also points out that Solomon (with his brother) co-founded the Vanguard record label, aka the Bach Guild, which has made it possible for classical music buffs like me to assemble a large digital library by buying cheap digital albums of Beethoven, Mozart, Bach etc. from Amazon's digital store.

Vanguard was important to classical music, but the Times says it also changed popular music:

"During the height of McCarthyism in the mid-1950s, Vanguard signed blacklisted performers including the bass-baritone Paul Robeson and the Weavers, whose 1956 release “The Weavers at Carnegie Hall” helped spark a revival of folk music in America. Vanguard made important recordings with Joan Baez, Odetta, Mississippi John Hurt, Larry Coryell and other major folk and jazz artists. The Solomon brothers sold the label in 1986."