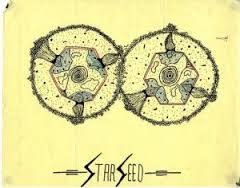 Hilaritas Press will publish Starseed Signals: Link Between Worlds, a never-published Robert Anton Wilson book written in 1974 apparently exploring the ideas of Timothy Leary. The "lost" book has been known about for years thanks largely to Discordian scholar and author Adam Gorightly  and there was a previous attempt to publish it that was never completed.

The announcement came as part of a discussion on Twitter and the dialogue is worth reproducing. (Prop Anon is a New York City writer, musician and activist wrapping up a biography of Robert Anton Wilson. Hilaritas Press is the publishing imprint of the Robert Anton Wilson Trust. I don't know Neurophere but there's a website.)


PROP ANON @PropAnon Jun 11
Wilson wrote a book called "Starseed Signals"
in 1974. It focused on the work of Timothy Leary. In it RAW advocated the immediate release of his buddy
Much of the work was recycled into later writings like Cosmic Trigger when the book wasn't published
But there's stuff in there

The RAW Trust's Hilaritas Press will be publishing "The Starseed Signals: Link Between Worlds." We don't know the exact date, but it's coming up fairly soon!

It turns out that only a little in The Starseed Signals made it into Cosmic Trigger, so a lot of "new" RAW to read!!

That's about all I know at this point. I've never seen the manuscript. More in my earlier blog postings about the "lost" book, here and here.

Iain Spence:
This must be one of the most strangest and most interesting posts to appear in your blog yet. I wonder how big it is? I'm sure someone once said it was lengthy...but maybe I imagined that.
Thank you Hilaritas : )

How exciting! Thank the Good Lord!

From Iain:
Thank you for the extra details. I enjoyed both VALIS and Radio Free Albemuth. That's to say, I never felt cheated to encounter PK Dick's biographical details twice. So I think something similar will happen when I read Robert's Starseed Signals.
I was reminded of RAW's old title to his Green Egg article, 1975: Starseed Rises, Like the Phoenix, From its Ashes.