The 'lost' forward to the new 'lost' RAW book 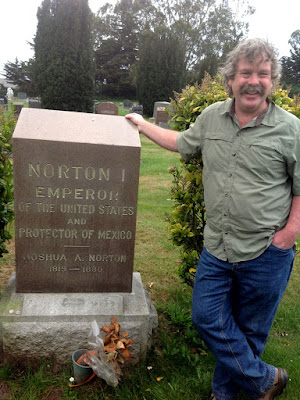 Discordian historian Adam Gorightly, who deserves a lot of credit for making the impending publication of the new Robert Anton Wilson book, The Starseed Signals: Link Between Worlds possible, has posted a new article shedding more light on the book.

Adam had originally intended to publish the 1970s RAW manuscript at RVP Press.

"However, at some point in this cosmic caper, RVP had a falling out with the RAW Trust, and the book deal fell through — as book deals sometimes do — in the wacky world of publishing," Adam explains.

The bulk of Adam's new post is the original foreword he wrote for that abortive effort, and it sheds a lot of light on the background for the upcoming book:

Starseed Signals was dashed off over a two-week period in early 1975, a burst of energy supplied by the sudden turmoil and controversy surrounding his friendship and collaborations with the infamous Dr. Timothy Leary, who RAW perceived as one of the most brilliant, yet misunderstood minds of not only his generation, but of any.

During this period—as Leary sat caged in prison on trumped up drug charges—he and RAW conceptualized a book project entitled A Periodic Table of Energy, a scientific system of neuro-psychology based on eight evolutionary circuits, or steps, through which humanity progresses, with the latter circuit propelling WoMan to the stars, the ultimate evolution, our union with the infinite and quest for immortality.