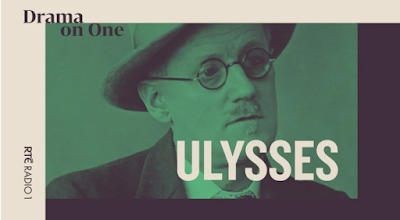 I recently learned it is possible to obtain a podcast of Ireland's public broadcasting system radio adaptation of James Joyce's Ulysses.

"The definitive adaptation of the novel is widely considered to be RTÉ's full dramatised production – originally broadcast in 1982 to celebrate the centenary of Joyce's birth, and totaling 29 hours and 45 minutes in duration," says the website for RTÉ.

According to Tom Lennon on Twitter, this is a Ulysses broadcast Robert Anton Wilson "recorded to videotape and revisited often."

Available here and also on many podcasting apps.