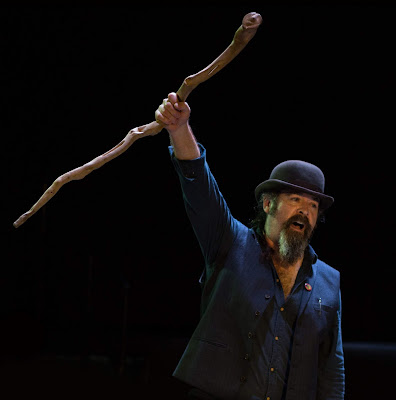 A couple of good pieces I want to point you to:

"Barefoot in Bollingen and Dreaming" by Jonathan Harris (e.g., the "money burning guy") is a personal account of the pilgrimage Daisy Campbell led to Switzerland during Easter Week 2019. I've seen cryptic Tweets on this, but Jonathan's account gives an actual idea of what went on.

This bit explains a mysterious picture of Daisy and company I ran recently (second photo):

On Good Friday, from all around the United Kingdom, the Pilgrims piled into seventeen different vehicles to convene on a campsite near the Cerne Abbas Giant. Then early morning on Easter Saturday we gathered below the Giant’s giant testicles. After sermons, song and ritual, and with each of us dressed as an individual sperm, an ejaculation was enacted.

I liked the discussion of ritual as a way of intensely experiencing the present (as opposed to causing something to happen, if only in someone's  mind.)

Oz Fritz weighs in with "Gravity's Rainbow, Timothy Leary and the Occult Part 6," focusing on Pynchon's use of humor. Excerpt:

It seems no coincidence that the most highly intelligent individuals of modern times appear wickedly funny.  Aleister Crowley and one of his most distinguished magickal heirs, Robert Anton Wilson, became masters of the put on.  When I saw Timothy Leary speak at a South Street Pier nightclub in the early '80s, he billed himself as a stand-up philosopher.  Robert Anton Wilson plied the same trade at his speaking engagements.  Humor becomes a major part and parcel of the conspiracy of Intelligence.  At its best, it acts as a carrier wave for the transmission of esoteric data.  One only need watch Marx Brothers films with a receptive mind for conclusive evidence of this.