A Beatlish tribute to Jack Parsons 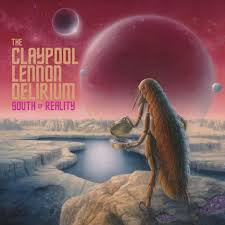 I don't follow pop music very closely these days, and I've never paid much attention to Beatle progeny, either. But the new album by the Claypool Lennon Delirium, South of Reality, seems quite good. It's a collaboration of Sean Ono Lennon and Les Claypool (from Primus). It sounds like the Beatles and it's fun to listen to. It reminds me a bit of one of the better Paul McCartney albums, Electric Arguments. For many of you who have a library card, you can listen on  Hoopla.

But an additional point that my interest some of you reading this blog: There's a song called "Block and Rockets" that's about Jack Parsons that also apparently references Aleister Crowley.
on September 14, 2019