The war on vaping 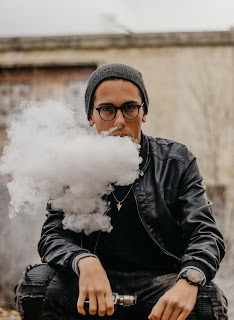 Photo by Itay Kabalo on Unsplash

Vaping seems to be one of those issues in which Democrats and Republicans are equally bad and libertarians are a lonely voice speaking out against the latest version of the "war on some drugs."

"In an article published last month in Expert Review of Respiratory Medicine, a team of Italian, Canadian, and American scientists surveyed the clinical research into e-cigarettes and reported that 'no studies reported serious adverse events' or 'significant changes in pulmonary functions.”

"Their findings jibed with the conclusions by British medical authorities that nicotine itself is no more harmful than caffeine, and that e-cigarettes are at least 95 percent safer than tobacco cigarettes. While the U.S. public-health establishment has been misleading the public—so that a majority of Americans now mistakenly believe that e-cigarettes are as harmful or even more harmful than cigarettes—the Royal Society for Public Health has been urging smokers to switch to vaping, and British hospitals have been promoting e-cigarettes by allowing vape shops to operate on their premises." Source

If you want to keep up with this issue, you could do worse than to follow Sullum on Twitter and Jeffrey A. Singer from the Cato Institute.
on September 19, 2019