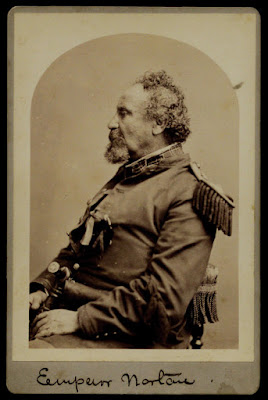 Today,  you can celebrate Empire Day in San Francisco.

On 17 September 2015, The Emperor's Bridge Campaign launched a new holiday to celebrate the anniversary of this occasion.

We gathered on Clay Street, in the shadow of the Transamerica Pyramid — and across from the former site of the Bulletin, where Joshua Norton hand-delivered his original Proclamation.

Then, we walked over to the nearby Comstock Saloon to raise a glass to Emperor Norton in the shadow of the sculpture of the Emperor that presides over the main bar.

We called it Empire Day.