Some views are always 'currently unfashionable' 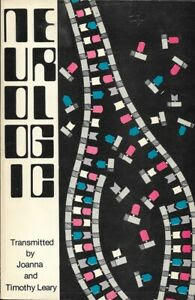 Martin Wagner has another rediscovery to share with us: "The Strange Case of Dr. Timothy Leary," a review of Timothy Leary's Neurologic, by Robert Anton Wilson, published in 1974. The book being reviewed is apparently an exploration of Leary's seven circuit system, before it became an eight circuit system. Excerpt:

The way that Dr. Leary obtained his system—by self-experimentation employing both legal yoga and illegal chemicals—is still controversial. I personally feel that the first amendment was intended also to protect scientists and that as long as Dr. Leary experiments on himself, commits no crimes against persons or property, he should be allowed to continue and publish. Since this libertarian view is currently unfashionable, and space is limited, I will not pursue it, save to say that the writings of Jefferson, John Stuart Mill, and the late Justice Black among others seem to support this position in general.

However, even if Dr. Leary’s methods of research are in some sense a crime against the people, there can be no doubt at all that his ideas are constitutionally protected. Even a Supreme Court which conveniently defines erotica as non-speech in order to remove it from first amendment protection cannot decide whether or not Dr. Leary’s scientific-religious writings are non-speech. Ergo, the judge who sentenced him and refused to lower bail because he thought Dr. Leary’s published works were “dangerous,” violated the constitution. This and the illegal nature of the kidnapping of Dr. Leary last January are grounds enough to ensure his eventual release. Time, money, and public support are all his lawyers need to gain that result. The question is, How long must he sit in his cage before the inevitable reversal of his sentence?
on June 01, 2019