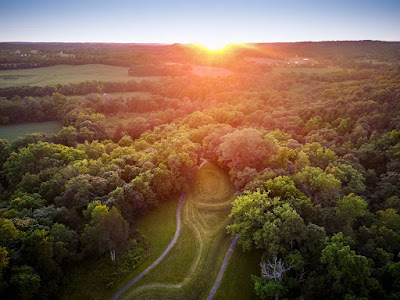 Photo posted on Twitter by Graham Hancock. Caption: "The marriage of heaven and earth at Serpent Mound, Ohio, summer solstice sunset 2017. Drone photography by my wife Santha Faiia. We had such a magical and unforgettable time and the enchantment of this very special place is renewed with each passing year."