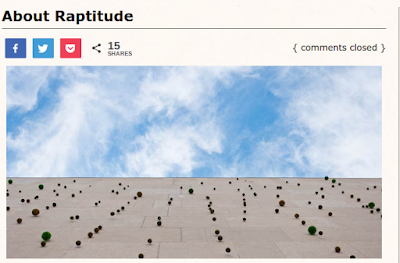 A couple of things I read on the Internet reminded me of some of Robert Anton Wilson's writings, so I thought I would pass them on.

Via last week's issue of Recomendo, an email newsletter I subscribe to that features Boing Boing founder (and RAW fan) Mark Frauenfelder, I read the article "88 Important Truths I’ve Learned About Life" at Raptitude, a "blog about getting better at being human" written by David Cain. I liked the piece and agreed with most of his observations, but some of them also reminded me of Wilson, e.g.

13. If you never doubt your beliefs, then you’re wrong a lot.

15. Nobody has it all figured out.

17. Every passing face on the street represents a story every bit as compelling and complicated as yours.

The "Experiments" at the site look interesting.

Meanwhile, here is a quotation from Tyler Cowen:

My most absurd belief, perhaps, is the extent to which I think people should be truly uncertain about almost all of their beliefs. And it doesn't sound absurd when you say it, but I don't on the other hand know anyone who agrees with it. Take whatever your political beliefs happen to be; obviously, the view you hold you think is most likely to be true, but I think you should give that something like 60:40. Whereas in reality most people will give it 95:5, or 99:1, in terms of probability that it's correct.