Oz Fritz on 'Gravity's Rainbow, Timothy Leary and the Occult' 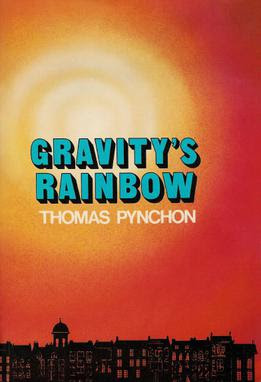 Oz Fritz has began a new series at his blog, with Part One posted as "Gravity's Rainbow, Timothy Leary and the Occult."

Gravity's Rainbow by Thomas Pynchon has been called the premier book of postmodern literature.  It communicates multiple visions on multiple levels not the least of which coincides with Dr. Timothy Leary's vision for the next step for humanity - space colonies; expanding terrestrial life into outer space.  On another, not mutually exclusive level, GR presents a manual and course of study for the aspirant, the initiate, the bardo explorer and the working mystic.  We present a preliminary exploration into the occult side of this novel as well as Timothy Leary's role in it.

Oz points out references to Leary in the text and also possible references to Aleister Crowley. Quite an interesting essay, and Oz mentions the ongoing The Earth Will Shake reading group.

Here is an intriguing sentence:

There is another aspect related to the 1960s that probably caught Leary's attention which recurs frequently throughout the book and will remain occult in this essay.

Guess I have to read the book and see if I can spot it!