A physicist and James Joyce 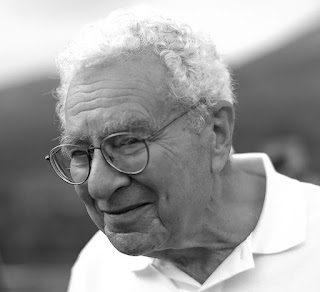 The New York Times obituary for Murray Gell-Mann notes that he was known for his Nobel Prize and for his work on particle physics: "He decided to call them quarks after a line from James Joyce’s' Finnegans Wake': 'Three quarks for Muster Mark'."

Gell-Mann, 89, who died Friday, also helped forge the alleged link between physics and Eastern mysticism, although it wasn't on purpose: "In a moment of whimsy, Dr. Gell-Mann, who hadn’t a mystical bone in his body, named his system the Eightfold Way after the Buddha’s eight-step path to enlightenment. He groaned ever after when people mistakenly inferred that particle physics was somehow related to Eastern philosophy."