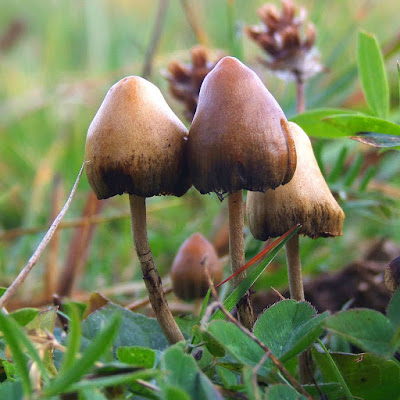 In a rather startling libertarian victory, Denver has voted to decriminalize psychedelic mushrooms. I admit that I had assumed it would fail, but last minute ballot counting pushed it over the top.

On Twitter, Michael Tracey comments, "Wow, this is genuinely amazing. Great for humanity. I'm not kidding in the slightest.

"I really think so many psychological maladies could be mitigated (or cured) if more people consumed psilocybin mushrooms -- ideally in a controlled environment with proper supervision if necessary. It's always been a disgrace that the Govt. criminalizes the use of this substance.

"Some journalist should ask Colorado presidential candidates John Hickenlooper (former mayor of Denver) and Michael Bennet how they feel about this groundbreaking referendum, including whether they voted for it. Also ask if they themselves would be willing to consume mushrooms!

"The scientific evidence demonstrating the multifold benefits of psilocybin mushrooms is now indisputable, and thankfully the citizenry is finally acting through the political process. I actually did a great interview with Rick Doblin about this in 2017."

(N.B. In case the point is unclear, I think the freedom to control what you put in your body cuts both ways; I think the folks who pressure other people to drink are assholes. Late last year I transitioned from "light drinker" to "teetotaler.")

I think i was a little surprised as well. But then again, things seem to be getting better all the time. Especially from a "big picture" point of view. Very proud of the voters in Denver for this legendary move. Ill sign off with a Terrence Mckenna quote; "The only evil associated with mushrooms is taking to little".

@Joshua, I thought of you when I saw the results! I sometimes wonder what it would be like to live in Colorado.