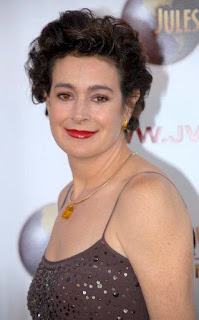 On Twitter the other day, I remarked that actress Sean Young hadn't gotten much sympathy after being sexually harassed by Warren Beatty during the filming of "Dick Tracy." (She was fired from movie after she resisted his advances.)

I remembered too late that I should have checked to see if she's on Twitter. She's there, as @seanyoung23.

I'm pretty sure it's the famous one ..... sounds just like the Sean Young on Facebook, linked to from the official site.