Another musician inspired by RAW 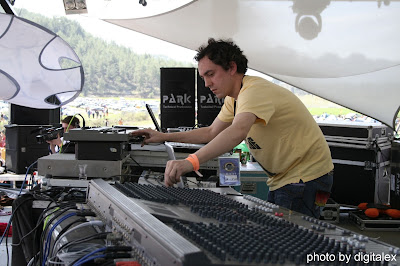 Musician Simon Posford (aka "Hallucinogen") of psychedelic rock outfit Shpongle is interviewed by 303magazine.com. Guess who's a fan of:

303: Who has been the most influential person in your life?

SP: Robert Anton Wilson, maybe, who wrote Cosmic Trigger, which had a huge effect on me. Raj also had a big influence — Youth as well. Many, many people. Bill Hicks, as well as my dad. [My dad] was a very positive inspiration.

I don't follow pop music closely, but he's been associated with Youth and with Ott, both of whom have been mentioned in this blog.

More here at the interview.

I wouldnt exactly call Shpongle 'pop music'. Simons music is a long way from say Taylor Swift. His work features lots of synthesisers,is very psychedelic and melodic, but also humourous. Seems very talented but humble and has that British 'reserve' to him, though I believe he lives in Australia (or he used to). Shpongle: well worth checking out.

Maybe I should have said "popular music" or "electronica"?