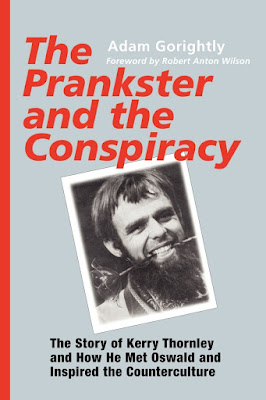 If you can't get enough JFK conspiracy theory stuff, head over to Historia Discordia, where Adam Gorightly discusses the impending release of until-now secret documents on the John Kennedy assassination, and then explains how some of them relate to Discordianism and Kerry Thornley. Adam talks about the controversy over whether Thornley met Osward in Mexico.

If you've come in late, Thornley, often cited in Illuminatus! as one of the founders of Discordianism, knew Lee Harvey Oswald in the Marines. See Adam's blog posts, and his two Thornley biographies.