PropAnon, the man behind the new RAW bio 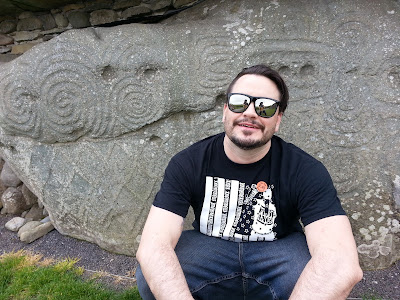 Gabriel Kennedy, also known as musician and rocker Propaganda Anonymous.  He explains, "That wall behind me is the outside engravings at New Grange — the prehistoric Neolithic monument located in County Meath, Ireland. Bob wrote about visiting this site with Arlen when they were living in Ireland in his Cosmic Trigger 2. Like most things Bob it's a fun story."

A few weeks ago, TarcherPenguin announced that Gabriel Kennedy, also known as the musical artist Propaganda Anonymous, had received a book contract to write the first biography of Robert Anton Wilson.

I didn't really know him, although I had seen him over at Maybe Logic Academy, so I contacted him via Twitter and asked if he would be willing to let me interview him to publicize the book. He was game, and as you can see was generous in answering my questions.

Mr. Kennedy, a rapper, musician and multi-media artist, says on his Facebook profile that he also is a writer, "in the vein of Robert Anton Wilson, Norman Mailer, Jimmy Breslin, and Jane Jacobs." Some of his work has appeared in Boing Boing, Reality Sandwich and the Maybe Logic Quarterly. His 2010 EP, SQUAT THE CONDOS, is considered a precursor to the Occupy movement. His stoner rock band, HAIL ERIS!, has just released its first EP, Fuck Satan, HAIL ERIS! Chapel Perilous: The Life and Thought Crimes of Robert Anton Wilson is his first book.

RAWILLUMINATION: The title that's been announced for your book is "Chapel Perilous: The Life and Thought Crimes of Robert Anton Wilson." So you are planning to both write his biography and explore his ideas, correct? Is there a particular "angle" you want to take?

PROPANON: Yes, I am exploring most of RAW's bigger ideas in the book through a biographical context. As for angles, I suppose one angle I am presently working with is that of "everyday heroism.'" Bob loved the work of Joyce,  Joyce's Ulysses praises the mythic quality to the most banal of days, and myths always need heroes. I am applying this principle to Bob's life, and presenting the heroic journey of Robert Anton Wilson. Within this framework, I pay special attention to Bob's family life, especially the love he and his wife Arlen shared. There are a lot of great stories here, and I will share them in Chapel Perilous: The Life and Thought Crimes of Robert Anton Wilson.

Within the book there will be a critical presentation of Bob's ideas. I'd like to show the development of his thoughts over his forty year writing career. Bob knew very earlier on what he wanted to say, and over the years he kept unpacking and further clarifying his perspective. He had a unique philosophical method, which sought to synthesize so many interesting thinkers. This is worthy of intense scrutiny. Chapel Perilous will lay out RAW's major "thought crimes,"  breaking them down in my own language.

RAWILLUMINATION: How did you get interested in RAW? What are some of your favorite books of his?

PROPANON:  I first became interested in RAW my senior year of high school when classmate, and future Bizzaro fiction writer, Bradley Sands, showed me his copy of Illuminatus! Trilogy during math class one day. I read the back cover, immediately got my own copy, and spent the summer of that year deeply immersed within its pages. Roughly a year later, I read Prometheus Rising and Cosmic Trigger Vol 1 and was blown away again. I spent years collecting nearly all his books, and studied them. I read them, re-read them, scrawled on index cards long hand notes in all night writing fits fueled by coffee, cannabis, & inspiration. Then after that I would read RAW's books again. Twenty years after Sands showed me Illuminatus!'I can say that I have spent more time studying the work of Robert Anton Wilson than any other writer. I am still reading his books. I can't shake the guy.  Bob loved art that he found inexhaustible, this is one thing he loved so much about James Joyce and Ezra Pound. He too was able to create inexhaustible art, and that's not easy. I consider him a kindred spirit, like George Carlin, and I am always finding new aspects to appreciate in his writing. 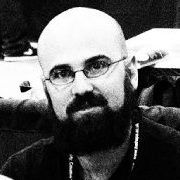 A few of my favorite of RAW's books, off the top of my head, are Cosmic Trigger 1, Illuminatus!, Prometheus Rising, The New Inquisition, Quantum Psychology, TSOG, The Widow's Son, and Everything Is Under Control.

RAWILLUMINATION: I've noticed that quite a few rappers and techno musicians are interested in RAW. What do you think are the qualities that attract musicians to his work?

PROPANON:  I have not encountered many rappers or emcees interested in the work of Robert Anton Wilson. The only emcee who comes to mind who appears to have read any Bob is NOAH23. I've seen a lot of rappers reading William Cooper or even David Icke more than Robert Anton Wilson. There are lots of psychedelically inspired emcees who are into Terrence McKenna, it seems. LXOR the Explorer, is one Hip-Hop Artist who creates shamanic soundscapes, but has probably read more McKenna than Wilson. Who knows? Maybe that will change.

For Electronic Music and Techno there seem to be a number of artists who are into RAW's work. The techno scene of the 90s was directly inspired by RAW, Timothy Leary, John C Lilly, Terrence McKenna. Those four guys were literally on the scene in some of those Bay Area warehouse parties. They talked so much about technological innovations to liberate your brain, to me that was a major part of the 90s techno scene. However, they never spoke at a NWA, Public Enemy, or Beastie Boys concert.  Bill Drummond was directly influenced by RAW. The same with Matt Black from Coldcut. Also too today's Techno scene seems receptive to RAW. Fly and Chu with t4qs.fm are keeping the torch of RAW Science within techno alive.

I think there is a Dionysian quality to RAW's work, especially Illuminatus!, and musicians or people who become musicians pick up on that. Bob has a rock n roll spirit, reading his work is like listening to great music.

The official video for "Kallisti" by the band HAIL ERIS!

RAWILLUMINATION: Tell me a little bit about your band, Hail Eris. Who are the other musicians? How did you hook up with Oz Fritz for the new recording?

PROPANON: Hail Eris! is a Stoner Rock project that I am currently involved with and we just released our first EP, HAIL ERIS! on bandcamp.

The music on this EP is Heavy, Strong, Groove oriented. The other musicians on the record are: Scott Yacovina on Drums, Gabe Saladino on guitar, and Jeff To on Bass. Other absolutely vital musicians involved were Mason Lucas, as well as Joe Mulvanerty and Ham from Black47. These guys helped get the ball rolling, and now the present line up is myself and Laura Kang, aka Thee Semiotic Alchemyst. Working on HAIL ERIS! has allowed another level of freedom in performance, and I think the EP is pretty damn good too. Oz Fritz is a major reason for that.

Oz is a master sound engineer. Having him on board with HAIL ERIS! makes complete sense. We first started building over at the Maybe Logic Academy in 2004. For a couple of years, I didn't even know that he was a legendary studio engineer whose worked with some of my favorite musicians, I just knew him as a super smart guy who knew a lot about Crowley, Float Tanks, among other things. MLA was like that. So many talented people who were able to congregate in cyberspace and really dig into things that I have not seen at any other social network or webzine since. Over the years, Oz and I stayed in touch, and then when HAIL ERIS! finished recording the songs for the EP, Oz entered the picture at the absolute perfect time. Oz brought the strength of his sonic wizardry to the EP and I know Eris is pleased.

Email ThisBlogThis!Share to TwitterShare to FacebookShare to Pinterest
Labels: PropAnon

Great! Looking forward to the biography, I never had the opportunity to meet the man himself. And like you said, he didn't put everything into his books.

I'm introducing a blog bio writing services for those who have interest to write biography of famous personalities specially of writers. 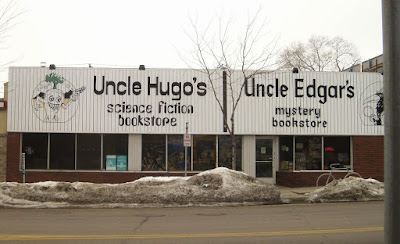