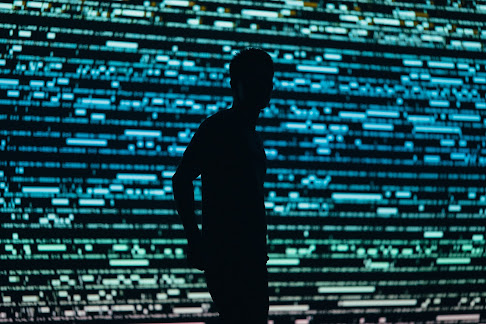 Photo by Chris Yang on Unsplash

For this entry of our saga, I decided to concentrate on two exercises for Chapter 16: "1. Start collecting evidence that your phone is bugged" and "4. Try living the whole week with the program, 'Everybody likes me and tries to help me achieve all of my goals."

The first exercise, a bit anachronistic given the shift in technology, seems to assume that the reader's landline might be tapped by a government agency.

But in fact I've shifted largely to using a cell phone, just like most people -- and there are ways to bug cell phones, too.

A WikiHow article, "How to Tell if Your Phone is Tapped," lists four ways that your phone is tapped. I recently had to replace my cell phone because it was getting too slow, and if I were paranoid, I could certainly find some of the symptoms that are listed. (I've long wondered why some of the settings in my phone sometimes will change, without my changing them).

I probably ought to beef up the antivirus software on my phone, as the article and other articles note that wiretapping from the government is not the only threat; bad criminal actors likely are trying to put malware on my phone.

But I admit that many of the symptoms listed in the article don't show up on my phone yet, perhaps because it is a new phone. But again, if I want to be paranoid, I certainly can think of reasons why someone might tap the phone. Because the government is suspicious of some of the people I talk to as a reporter? Because this blog puts me in touch with weirdoes?

I am certainly not an expert on cell phone security, not do I spend hours worrying about the matter, so it is certainly likely that there are bad actors our there, smarter than I am, who have an interest in getting into my phone. I certainly recognize that some of the emails I get are phishing scams, but there are likely threats that I don't recognize.

There are ways to "bug" a cell phone or at least get information from it that did not apply in the landline days. Many police agencies, if they have confiscated a cell phone, know how to break into it and examine the contents. And if you are accused of a serious crime, a police agency is likely to trace if you were in the vicinity, using your cell phone to track you movements. I suppose I would know if someone had my cell phone in their possession, but how I would I know if a government agency is tracking where I go?

I only remembered to do the other exercise, "Try living the whole week with the program, 'Everybody likes me and tries to help me achieve all of my goals," a couple of days ago, so I need to keep working on it a few more days.

But I did try to concentrate on it during the weekend, bringing it to my attention several times a day, and it is true that in my interactions with people, both face to face and on the phone and on the internet, the vast majority of the people I deal with seem to be helpful.

And generally when I reach out to people, for my job or for some other reason, people try to be helpful. And thinking about people that way seems to make me feel more positive and happier. I will try to work on the exercise for a few more days.

p. 232 "But a man with a gun (the power to punish) is told only what the target thinks will not cause him to pull the trigger."
I wish this approach had been taken with Putin before his invasion.

p. 238 "Scientific truth is only determined after a generation or more of research." I agree with that. For instance, the concept of vaccination has been proven over generations to work well in some instances such as smallpox and polio. We can say that in some cases vaccination appears a scientific truth. By this criteria, the Covid vaccines have yet to get determined as such, it hasn't been long enough. Any argument to get vaccinated based upon Science seems to overlook this point. It seems to me more like a science-based gamble or belief. I chose to take this gamble and believed it would work. It did not work nearly as well as I hoped and believed. I am vaxed and boosted once and got Covid with unpleasant symptoms. The argument that it would or could have been worse without the vax seems like a belief more than a truth. Maybe, maybe not.

I regard the concept of vaccination a scientific truth so will take the gamble again with a second booster shot later on when reports come in of its effectiveness against the latest variant. Apparently this variant evades the anti-bodies produced by the current vaccines and the ones produced from having a different strain of Covid previously. Maybe I got that version, it happened pretty recently.

My point - if anyone pressures you to do something because Science says so, remember that it seems a gamble, perhaps an educated gamble, unless determined over time as a truth.

Oz Fritz, I wholly agree with your point on the covid vaccines. In fact, this has been my opinion since last summer (especially when many people around me got sick with the Delta variant 4-6 weeks after getting the vax), perhaps simply because 'wait & see, time will tell' seemed to me the proper skeptical attitude to adopt. I did get the Jansen in one shot back then. I mostly kept my opinion to myself as it was discordant enough with the general discourse to be deemed 'anti-vax'. A sort of sinister infinite regress seems to have appeared in the way open discussion done in good faith around healthcare is dealt with nowadays. The New Inquisition and the Citadel of Science indeed.

I subscribed to Jack Giddens' substack (he's part of the Maybe Day webring) and he recently linked to a research that appear to show that natural immunity last longer than immunity gotten through a shot. Perhaps Oz you can skip a boost for the next months, since you say you recently contracted covid? Regardless, I hope you are now feeling better, and I wish you all the best.
https://jamanetwork.com/journals/jama/fullarticle/2788894
https://www.medrxiv.org/content/10.1101/2022.07.06.22277306v1.full