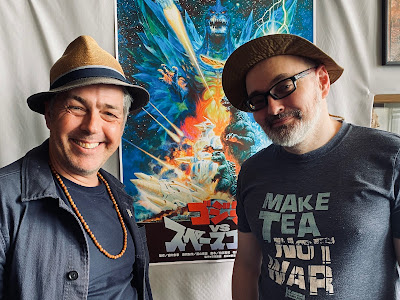 Response on Twitter from the Robert Anton Wilson Trust: "The recording needs editing, final packaging and uploading... we'll keep you posted on the progress!  Huge thanks to Oliver Senton, Simon Reeves and Mark Sampson!"

Simon Reeves discography, one of his aliases is "Hassan Sabbah."

Well, I'm kinda bummed out that you can't edit a Tweet after posting. I really wanted to include Steve Pratt in the list of Hilaritas Press audio book producers!!!