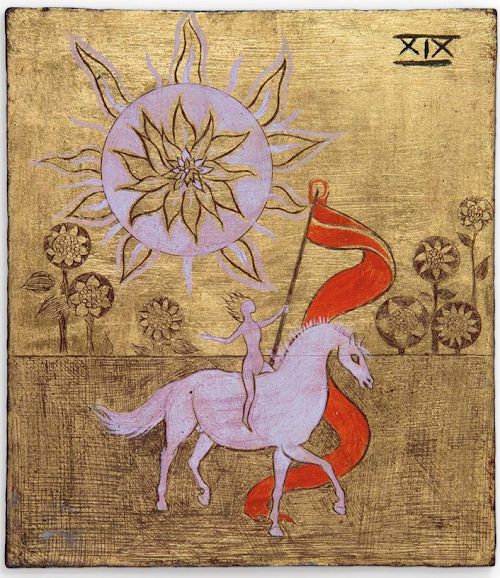 I hope everyone has enjoyed their holidays or lack thereof and is doing well as we approach a new year. This will be the last Prometheus Rising post of 2021.

Regarding the chapter, Wilson takes us deeper into the concept of brainwashing and primarily focuses on how we have been “brainwashed” into our own reality tunnels. Part of the chapter didn’t speak that much to me, I was unsuccessfully conditioned into agreeing with most of my parents’ beliefs; by all means, I should be a relatively conservative Methodist. I am not and haven’t been for most of my life. I believe, when examining my beliefs, that I was shaped mostly through the books I read and my own imagination. (I was a child in a rural area and wasn’t particularly close to my brother, so I had a plethora of imaginary friends, some of whom still occasionally pop into my life until this day.) The advent of the internet would have greatly impacted my worldview, especially after Wikipedia was created and I spent afternoons/evenings jumping from one page to another. Until this day, as any reader of my posts could attest, many of my beliefs are shaped around reaction to whatever is online at the time.

I must admit that I smiled rereading this paragraph (I had not reread this chapter until the past weekend, Scout’s honor.): “The problems of the modern world arise from the fact that these reality-tunnels are no longer isolated from each other. Throughout most of human history and up to 100 years ago- up to 20 years ago, in some parts of the world- a man or woman could lead their entire life snugly within the cocoon of the local tunnel-reality. Today, we all constantly collide with persons living in wildy different tunnel-realities. This creates a great deal of hostility in the more ignorant, vast amounts of metaphysical and ethical confusion in the more sophisticated, and growing disorientation for all- a situation known a our ‘crisis of values.’” Thus, as an addendum to my recents posts: Q.E.D..

We are certainly inside some sort of information collider and I posit that the faster information collides, the greater chance of black holes of confusion and conflict. Humans are adaptable, but we also need time to adapt capably -- I am firmly unsure if we are going to be allowed that time in the face of greater and rapidly increasing change. I would also posit that the fact that this chapter was originally written before the advent of the Network is a matter of some distress. If we were insufficiently parsing information before the Internet, what the fuck are we doing right now?

I somewhat disagree with Wilson’s idea that all reality-tunnels are equally bizarre from the outside. I have a lot of issues with Christians and their hegemony, but I can at least apprehend some of the beliefs of an “average” Episcopelian more so than a fundamentalist Evangelical. But perhaps, due to my early exposure to “middle-class” Christianity that didn’t go much further than the doors of the church, I only view the Episcopalian as “more sane” than the fundamentalist because of my own prejudices.

I guess I’ll close out this year with a shrug and eyes open to the future. We’re getting to the good stuff this year. Soon we’ll all be exploring the fifth circuit, my personal favorite. Thank you to everyone on RAWIllumination for making 2021 more interesting and for the fellowship. You all mean an awful lot to me for mostly faceless beings.

Here's a song by Nick Lutsko which helped me find some pathos concerning our waning year: https://youtu.be/xa9KgMyCBy4

Thank-you for this post. I have to wait for internet at hope to hear the song, currently ear budless in a public location.

The new film Don't Look Up provides an excellent, dramatic presentation of clashing reality tunnels. It also has great acting. It appears, and gets confirmed by the lead actor, as an obvious allegory for climate change. About an hour after watching this last Sunday evening, we began going through the strongest weather event I've experienced. Four days of constant snow falling, we've got 2 - 3 feet so far. No electricity, internet, or cell phone service since late Sunday. I shoveled snow for 4 hours one day, 3 the next to keep an exit path open when the roads cleared. We and our neighbors are fine, the biggest casualties seem all the fallen trees, fortunately not upon any humans or their abodes to my knowledge, though a large one narrowly missed the house beside us. We lost 2 trees on our property. Our neighbors have wildly divergent political reality tunnels. These seem to have been placed on the back burner; the involuntary C1 survival strategies have brought us together past conflicting beliefs. People going around asking if everything is ok, those with their own mini snow plows helping to dig out everyone, etc.

Spookah, regarding exercizes practiced for life, someone once said that it takes 15 minutes to learn about theurgic magick ( or whatever you wish to call it) and a lifetime to learn how.

I look forward to studying the higher circuits. I consider them key to any hopes of an optimistic future - a way to break through limiting reality tunnels.

I echo this sentiment expressed by Apeleius: "Thank you to everyone on RAWIllumination for making 2021 more interesting and for the fellowship."

Thank you Apuleius for this post and for your kind words!

I think I see what you mean, and would for the most part agree with, when talking about growing up with the internet. Although the follow-up to the paragraph you quoted somehow foresees our current modern interconnected predicament: “the average person has a deluge of contradictory and conflicting reality-tunnels impinging on him or her, with little training in either cultural or neurological relativism.” Which seems to be part of what RAW spent most of his literary career trying to teach.

I like that this chapter feels both like a recap and round-up of the first four circuits, somehow showing how they connect to each other through the example of how reprogramming people is often done.
On the first page, RAW also tells us why in chapter 3 one of the exercizes is to take a martial art course: “judo, akido, kung fu […] are reimprinting techniques for the bio survival circuit.”
He also reiterate his advice for the reader to go through the Undoing Yourself book, in case we missed it the first time around. The idea of wondering if him and Christopher Hyatt are “one and the same” made me laugh.

Since I discovered the 8C model and the writings of RAW, I have had the suspicion that my first four circuits have somehow pretty shaky imprintings, since I could best describe my main reality-tunnel as one of almost constant puzzlement over most things and people. C4 might be the one which I naturally “get” the least, even though from an early age the bottom/top dynamic of C2 also left me trying to flee any type of hierarchy as much as possible. I wonder if that makes me someone more readily welcoming of all these heretical ideas Bob Wilson is presenting. But I understand as well that, in order to seriously progress with the higher circuits, I need to first consolidate the ground under the first four. Work with them in a way that serves me rather than enslaves me.

A Roman Catholic reality-tunnel feels to me as far out and strange as a Nazi one, and my natural inclination when trying to put myself there is to learn as much as possible about it. That might be an important step indeed (ie ex. 4: “try to learn as much from every human you meet about their reality-tunnel”). But I get a feeling that the trick also can be to “really feel and believe” with the use of ‘fake it til you make it’. “You cannot make three dramatic gestures of rage in a political speech, without beginning to feel some real rage.” I so far mostly fail at ‘faking it’ without keeping an ironic distance.

Once again, a big thank to Tom Jackson for his daily blog, and to everyone in this reading group for the fascinating interaction. This definitely keeps me going and helps a lot to stay afloat.
Oz Fritz, good luck with the weather!
Apuleius, I hope you’ll find time in the next months to start the Sex, Drugs and Magick reading group.
As for me, the end of 2021 brings news of the Plague now being in my body, but so far so good. Hopefully it’ll be gone soon enough, and I’ll be fresh for a new start in the new YOLD.
Hilaritas!

@Oz- Happy New Year, Oz. I enjoyed "Don't Look Up" and disagree with the critics that it was too-ham fisted. It was an enjoyable send-up, perhaps a little smug, of the current state of things.

Having done the exercisez a couple times before I decided to instead try to enter the climate change denier space last night. It was comfortable, believing that there isn't anything wrong and that humans can't make an impact upon the planet. It was sadly familiar in the sense that I still engaged in the same activities I already do every other day, just with less anxiety. There was a similar sense of powerlessness as well: instead of blaming corporations and the rich, I blamed China and India. Nothing I can immediately do about it, either way.

I absolutely agree re: theurgy. I think I knew more about magic in my earlier years and am still trying to figure out how to work it. That said, I'm better at whatever-it-is now than I was then. Maybe. Knock on wood. Salt over the shoulder.

@Spookah- I think I said something along the lines of the 4th Circuit being the least-understood in my comprehension of the model. So, I think you and I are approaching the material from a similar angle. I also fucking hate hierarchy and try to avoid it all the time. Regrettably, this leads to secrecy, paranoia and a hint of low cunning in my interpersonal interactions. I have a strong "you're not okay/I'm not okay" C2 imprint.

I am very averse to the Roman Catholic reality-tunnel (in case I haven't been explicit enough- I believe I've used the term "papist" multiple times), but I can enter that more easily than a garden variety Nazi/modern Republican mindset. I'm easily impressed by grandeur and poetry, so I can use that as a buy in. With viewpoints like climate-denialism, it's hard to use any buy in aside from "be stupid."

I'm sorry to hear you caught the disease. I hope you remain safe and don't have any hindering symptoms. I'll try to get the S,D,&M group up and going soon. I have to submit a draft to Rasa soon and am still trying to wrap up copyediting TSOG.

Happy New Year! Hope it is all downhill after this.

@Eric and Tom- A Very Happy New Year to you both! Thank you for your conversation.

Apologies for the typo Apuleius