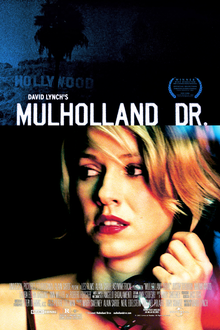 1. If you have lots of time because of the holidays and want some ideas on movies to watch, Jesse Walker has you covered. At his blog, he is busy posting his annual pieces on the best 10 movies of 2011, 2001, 1991, etc. (According to Jesse, the best movie of 2001 was "Mulholland Drive," the David Lynch movie.) UPDATE: Missing link added.

2.  Rasa's band, Starseed, released a new album, "Ambient Blue," in November and I bought a copy. It featured Rasa on guitar. I wanted to buy a "classic" Starseed with Rasa on sitar with my Amazon gift cards I got for Christmas, but which one? I asked the artist, and Rasa replied:

"In some ways, I think Live in Mt. Shasta is 'classic'

but I think that because all the music was recorded after we had invested heavily in some spectacular sound equipment. We have a couple of good friends who think our best music is on Entering the Ambient Temple

Maybe I agree with that. It’s an older recording, and the sound seems a bit raw to me, but not bad. Tim Leary’s old friend Brummbaer thought this was our best album, and he used a bit on his video tribute to Leary."

"Tim Arnold, the UK artist who did that Guides video, recently moved all of his music to Bandcamp, like we did. Sweet Smoke’s contract with EMI gave us only 2% of sales, a typical shitty deal from a major label. At Bandcamp, we get 90%. Of course, EMI is a major label, and theoretically gives us that huge clout in the market, but that only depends on how much effort they put into plugging your catalog. For Sweet Smoke, that’s not much."

I agree. Mulholland Drive is probably my favorite movie of 2001.