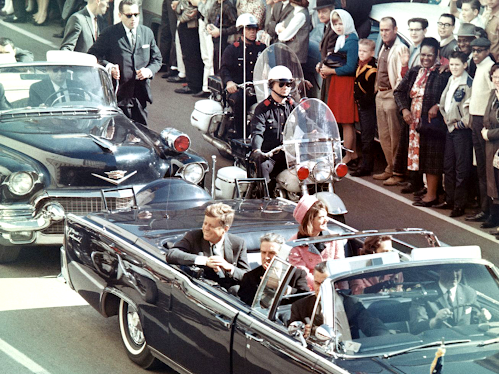 Another batch of previously hidden documents on the JFK assassination have been released; here is the CNN story.  The link for getting the documents is here.

RAW fandom has an expert on the documents, Adam Gorightly, who says (on Twitter), "Haven't dived too deeply into these JFK docs, but some I've seen thus far list Russian names that were investigated in connection w/ Oswald & I'm guessing the reason they were previously withheld was  to protect the informant (or later their family members) who provided the info.

"In other words, not directly related to some sort of coverup or anything of that nature, but protecting Russian sources either in U.S. or back in the Soviet Union and/or family members in the U.S...these Russians, or whoever, may have also been informants on other matters."