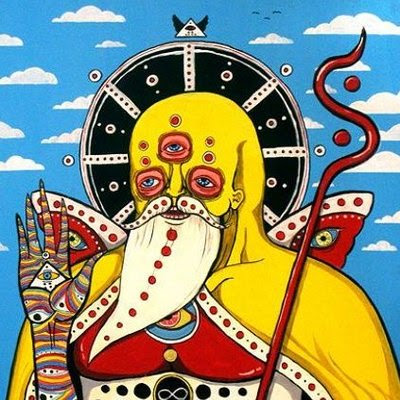 A new Robert Anton Wilson-related account on Twitter is called RAW's intern, @SyntheticIcarus. I noticed it Wednesday when the account began following me. The biography says, "Health and lifestyle coaching services. Not gonna make it easy for you though, just show you the tricky way. My work here is a tribute to Robert Anton Wilson."

I checked out some recent Tweets and found this one: "After the emergence of the wassie, CT has officially become a full fledged culture with phylogenetic/memetic memory, a new #FinnegansWake , Leary/Wilson 6th-circuit consciousness. @inversebrah is therefore along with @CryptoCobain the highest value profiles to follow."

I didn't know what "CT" was, but it was explained to me that it stands for "Crypto Twitter."

Still working on "wassie" but this was the explanation I found:

"Beloved by crypto traders, the Wassie is a fictional creature who typically takes the form of a Pepe-like frog sporting a red baseball cap, looking rather downbeat. He is highly destructible, and dies violently every two weeks, before rising from the ashes, phoenix-like, his predecessor’s memory intact. An infinite supply of wassies is said to be kept on ice, to be defrosted in a microwave when the prevailing one is terminated. His kind "originated from the most radioactive parts of the planet (yes, same origin story as Godzilla, basically).”