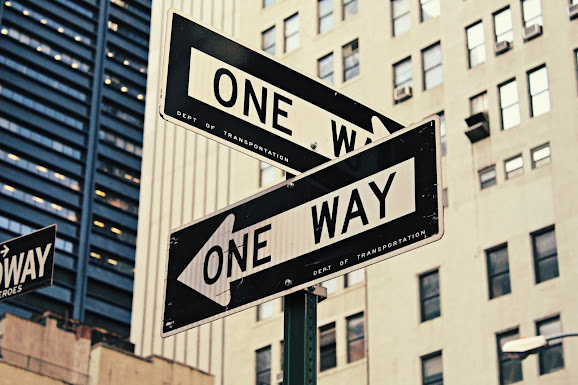 Photo by Brendan Church on Unsplash

When I sat down and re-read Chapter 10 of Prometheus Rising, all about brainwashing and competing reaIity tunnels, I was particularly struck by these sentences:

The problems of the modern world arise from the fact that these reality tunnels are no longer isolated from each other. Throughout most of human history and up to 100 years ago -- up to 20 years ago,  in some parts of the world -- a man or woman could lead their entire life snugly within the cocoon of the local tunnel-reality. Today, we all constantly collide with persons living in wildly different tunnel-realities. This creates a great deal of hostility in the more ignorant, vast amounts of metaphysical and ethical confusion in the more sophisticated, and growing disorinentation for all -- a situation known as our 'crisis of values'."

Could  the growing polarization of society that many complain about be an attempt to avoid "confusion" by avoiding facts and opinions that contradict our own worldview?

It seems to me that much of what we see for example on Facebook represents an attempt by people who adhere to a particular political reality (which seems to have more of a hold on people these days than religion) who are attempting to avoid "growing disorientation" by constantly reinforcing their reality tunnel. Thus, I have friends in the "MSNBC reality tunnel" who constantly put up posts praising Joe Biden, supporting vaccination, repeating Democratic talking points, etc. I have friends who are part of the "Republican reality tunnel" who put up posts opposing mandatory vaccinations, praising Trump as a wise father figure and inveighing against the Chinese and the allegedly stolen election. There are of course libertarians (the folks I am most likely to agree with) who reinforce libertarian opinions.

Perhaps some of you have seen the above recent poll, in which Democrats and Republicans (particularly Democrats) avoid dealing with "strange bedfellows" who might confuse them by espousing opinions different from their own.

I am struck by how people who even ostensibly fall within the same subculture can violently disagree and espouse wildly different opinions.

Or consider the apparently divisive issue of vaccination against COVID-19, an issue in which avowed RAW fans disagree.

The RAW Semantics Twitter account pretty clearly favors the generally prevailing public health theory of COVID-19 and how to combat it espoused by establishment public health authorities; it favors vaccination and the wearing of masks.

Meanwhile the Priory Sion account by contrast has a biography describing himself/herself/themselves as "Fully Not Vaccinated" and retweets various vaccination horror stories, as you can see by looking at the account's timeline.

I am not attempting to referee the dispute, just to remark how two RAW fans are still in very different reality tunnels. (If you are curious, I am strongly in favor of getting vaccinated and am fully "boosted" but am less enthusiastic about government mandates and lockdowns -- which I admit is quite in accord with the "Reason" magazine reality-tunnel.)

My favorite exercise in Chapter 10 is No. 5,  because it urges trying to understand the person, rather than think of various ways the person "is" correct or wrong.

I once got into a discussion with a friendly lady from the USA on Facebook about her family tree (some Americans are very keen on their heritage). She was keen to connect herself to a photo I'd posted of a woman in the Scottish Hebrides from around 1900.

Out of curiosity I looked on her profile/timeline. I think it's called the timeline. Well anyway, the funny thing is she had the most strangest mix of stuff on her page, including her fondness for the soon-to-be president Donald Trump, John and Yoko Ono, Irish fairies, guns and 'princess' Diana. The Diana and John Lennon posts were sort of religious in nature. The fairy stuff was kind of like medieval folklore and as for the guns, the poor woman thought that everyone should be armed with hand guns, just like the wild west. Oh, I forgot to mention, there was some Jesus posts too.
I used to go back and gaup at this amazing stuff with a little disbelief, wondering if she was aware of how incongruent it was. Or at least it seemed kind of uncanny to myself. She was so very worked up about people having to defend themselves from predatory criminals with guns.
To use a rather outdated expression, I thought that page was her 'trip', and she used it, I guess, to work out a lot of good stuff from her pop-loving past and to mix it with her present fears. Plus the little fairies from Ireland, for good luck. Mustn't forget the fairies.
I like your last paragraph Tom. I guess we should all try to be less judgmental and more understanding of the roots of our collective shadow.

That graph above is interesting. I do hope there's a major split in the right wing in the next US election....
Thanks to everyone for the Prometheus posts. Always plenty here to enjoy.

"There are only two things I can't stand in this world: People who are intolerant of other people's cultures [reality tunnels], and the Dutch [insert what you consider the opposition party here]." -Nigel Powers

The only problem with intolerant reality tunnels though, is that they seem have a higher probability than tolerant reality tunnels of developing into extreme intolerance, even violence. I might define tolerance as the most freedoms for the most people. It seems to be up to personal responsibility and personal education not to squash other people's rights as individuals though, at least outside of a court of law. Tricky.

Just a reminder: RAW recommended D.W.Griffith's "Intolerance." What factions seem more tolerant in this film? Are the tolerant one's less violent or are they just losers? Do members of the opposing factions date each other, or does the more violent faction have to take the women they want? It's just a fictional movie. Of course, of course.

“Perhaps some of you have seen the above recent poll, in which Democrats and Republicans (particularly Democrats) avoid dealing with ‘strange bedfellows’ who might confuse them by espousing opinions different from their own.”

To be fair, the reason I am loath to socialize with Republicans is not because I’m concerned about being confused by different opinions but because the specific opinions they either have personally, or support through the people they elect to office… those “opinions” are grounded in the desire to deny me, and many of my friends, fundamental rights of human existence.

(There’s also the matter of my only registering as a Democrat so I can vote in my state’s primaries; otherwise, my politics skew ideally anarchist and practically democratic socialist… but that’s another story.)

I agree with Jon Kirila about intolerance leading to violence. It seems that some competing political reality tunnels have been increasingly promoting intolerance, and even violence, over the past 5 years or so - "lock her up, lock her up," etc. etc. We saw intolerance break into violence last January 6th with the attack on the capital; violence on the streets in Portland; death threats against election workers and politicians; a BLM rally turned violent on the main street of my small home town in 2020. The reality tunnel writing this comment opines that encouraging intolerance and violence for personal gain and territorial control indicates a manifestation of black magic.

RAW Semantics promotes intelligence by highlighting Wilson's criticism of Plato in their last post though that seems the tip of the iceberg. Chapter 10 begins with an illustration of a prisoner chained to a wall. I suggest that ideas of Plato and Aristotle, so deeply embedded in the West, help forge those metaphorical metaphysical chains. For instance, a human robot deeply identifying with the concept "Democrat" to the point of not having anything to do with those identifying with the concept "Republican" acts "as if" those two concepts function as Platonic Transcendental Ideas with their own, incompatible Essential natures.