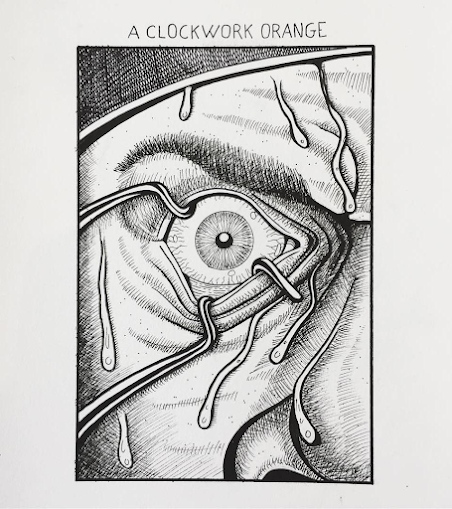 There’s a lot of accusations of brainwashing thrown around these days. Fox News is meddling with the minds of old people, teachers are indoctrinating the young, podcasts are spreading disinformation, universities…don’t even get me started on the universities.

As someone who has been initiated into several secret societies (pseudo-cults) and works for the establishment, I have always been sorely disappointed by the lack of conspiracy. None of my college classes managed to turn me into a Marxist or an anti-white activist. The Masons neither offered me power nor required me to recite my sexual history (you better believe I did anyways) and if you can find two educators that agree on most things, well, chances are you’re talking to two math teachers. As far as news and podcasts go…Tom linked to a tweet last week that compared “the media” to a cereal aisle; we have many options and we pick our own.

Yet there is ample evidence for some sort of mass brain-change or brainwashing occurring. It seems the last few weeks have been anti-vax themed in my personal life. I’ve talked with more people who believe the vaccine contributes to COVID deaths and causes a variety of godawful side effects lately than during the entirety of the pandemic up until now. I usually nod and hum until I can change the topic. The headlines emerging from halls of Congress are disheartening, to say the least. I would draw upon Eric’s musings upon Chapel Perilous to suggest again that the moment is ripe for brain-change. We are passing through a cultural Chapel Perilous that will determine the course of the remainder of the century. This Chapel Perilous is decentralized and resembles a castle filled with broken mirrors- full of distortion and sharp edges.

My beloved wife brought up a tweet early this week while we were discussing matters as they lay,  that read: “we were never meant to know this many people existed, let alone their thoughts.” So I’ll return to my dead horse and say that most of this tumult is due to information overload. The human brain, while it is an impressive electro-colloidal information processor, wasn’t necessarily designed to deal with such a dearth of meaningful tasks, superfluous-yet-flashy distraction and high anxiety combined with inability to act upon it. Many of the events in our world are like the weather- for most of us they just happen. Unlike the weather, we know that these seismic events are caused by the choices of other humans and we decide who or what to focus upon. When man believed the gods caused the weather some would gnash their teeth and curse the heavens when their lives were wrecked. Now we do the same with our fellow man; this is inevitably an alienating action wherein another human becomes powerful and nebulous. What this does to our self images, I cannot say for certain.

Brainwashing and anger seem to go hand in hand. Is there such a thing as gentle brainwashing? I can easily recall the alleged victims of MK-ULTRA, the Manson devotees, Patty Hearst and the various cults of the late twentieth-century. In fiction we have Winston Smith loving Big Brother before the bullet goes through his brain and Frank Sinatra trying to kill the President or some-such. I guess that brainwashing is in itself a violent and violating act so violence is a natural outcome of the process.

Sometimes, thinking about the world reminds me we were awful brazen crawling out of the seas.

In the media cereal aisle, I choose the Starseed Signals of Quisp.

The thing I remember most about Clockwork Orange was the Beethoven music in it, very effective, probably the first time I heard it.

Speaking of punks, I recently read an incredible book: Please Kill Me - the Uncensored Oral History of PUNK by Legs McNeil and Gillian McCain. One of the most moving anecdotes comes at the end of it. Jerry Nolan, ex-drummer for the New York Dolls and Johnny Thunder's Heartbreakers tells of feeling extremely distraught and messed up because of Thunders' recent od death. He's walking up lower Broadway very early, around 6 am, no one is on the street. Except when he comes to Grace Church at 10th Street he finds Keith Richards leaning against a railing smoking a cigarette. Nolan says they didn't know each other but had seen each other around and Richards knew who he was. So Keith says to him something like "hey man I heard what happened, I know how you feel, it's happened to me, I've been there. There's nothing I can really say to you except hang in there."

Who would have thought Keith moonlighted as an Angel, a bardo Guide? What he told Nolan seems a different way of expressing the instruction Tibetan Buddhists give when traversing intense bardo/Chapel Perilous spaces: "maintain the thread of consciousness." A variation of this turns up in the Ouspensky/Gurdjieff system when they say that when going through tough times when you can't work on yourself for whatever reason, to keep some thought or bit of attention on what you hope to do when getting the chance - maintain the thread of consciousness. This thread compares with Ariadne's thread that helped Theseus get out of the Labyrinth.

So I watched Triumph of the Will in order to help me get into a Nazi reality tunnel. To be serious about it, I tried to do the Nazi salute whenever someone on screen would do it. This proved difficult as it kept on happening almost constantly. I could see potential for a drinking game of sorts.
I stayed utterly unconvinced by the loud rhetoric of second-order Nazi officials, as it seemed to me to mostly consist of long and convoluted sentences mostly devoid of actual meaning. But I have to admit that Hitler almost got me when he talked of a “class-free” society filled with “peace-loving” people. I guess that was to justify the Socialism in National Socialism? Later on in the film though, his discourse morph into “I fight!”
Taking about brainwashing, many of the troops appeared to have blank gazes, as if any personality in them was gone. And the parts featuring Hitler’s Youth just felt surrealistic.
It goes without saying that not a single Sonny Rollins tune was to be heard during the rally.

@ Oz Fritz: I find it great how you manage to go from Johnny Thunder and back to the Labyrinth. I read Please Kill Me pretty much when it came out, a very well done book with lots of interviews with people who were there at the time. Richard Hell was my personal favorite.

To answer from last week, I discovered about the Bateson-Lilly connection in a documentary called The Girl Who Talked to Dolphins, which can be watched here: https://documentaryheaven.com/girl-who-talked-to-dolphins/
It does not go into too many details about Gregory Bateson himself, putting more emphasis on Margaret Howe, the girl of the title, and John Lilly, who gets in my opinion unfairly painted as an acid-fueled scientist who lost it. At least Margaret Howe is treated more fairly and gets to speak for herself. And here is a chance for the filmmaker to speak for himself: https://www.fluxmagazine.com/the-girl-who-talked-to-dolphins/

Gregory Bateson is the subject of a very interesting documentary, but the dolphin experiment is only alluded to. Still, I would recommend it. https://www.youtube.com/watch?v=nW3ovmBjQ9I

Oz Fritz, if you have not already read it, Erik Davis’ latest newsletter mostly deals with the Beatles: Get Back docu. You might be interested in it, Erik spends some time discussing the sound engineering aspect of it. https://www.burningshore.com/p/beatles-and-blotters

I agree with RAW that the term "brainwashing" appears crude and unscientific. To me, it implies involuntary coercion of some kind. Gateways publishing markets their brain change books under the category of transformational psychology. I've never joined a secret society, or if I did, it seems so secret that even I remain unaware of membership. I speak from my own research only. One intention of magick seems concerned with empowering the individual to reprogram their own brain. This looks difficult, in both theory and practice, but not impossible. Applying gentle techniques consistently over a long period of time gets labelled "the wind and water technique" because of the way wind and water changes the shape of the earth through erosion in geological time. On a day to day basis it can look like nothing changes. Information and sensory overload appears a real problem. Learning very basic techniques of magic, for example, the Lesser Banishing Ritual of the Pentagram, can mitigate the flow of input. Other methods also exist.