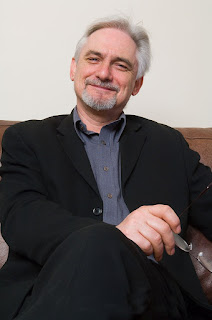 In an article at Splice Today, Anno Lumina, Year of Light​​​​​​​, Christopher James Stone argues that Daylight Saving Time makes little sense, then shifts to writing about how some features of the calendar are quite arbitrary. He writes,

"There have been attempts to reform the calendar system over the years. One of the most significant was by Robert Anton Wilson who wrote an article called How to Live Eleven Days in 24 Hours. Unfortunately—and ironically—it’s undated, so I can’t tell you when it was written.

"He first started thinking about the calendar, he tells us, when he was writing the Illuminatus! Trilogy with Robert Shea. Between them they devised a new system, which they called Anno Lumina, Year of Light. Historical dates are strung out along a single timeline, starting in 4000 BC with the birth of Hung Mung, an ancient Chinese philosopher who answered all questions by shouting loudly “I don’t know! I don’t know!” Thus 4000 BC is year one A.L. and all dates follow on from that; today, for example, is the year 6021 A.L.

"After that Wilson realized that all calendars, even his own Illuminati one, are an attempt to impose a single structure on a complex universe, and instead adopted a multi-faceted approach, in which he gave the date in a variety of different formats. A Robert Anton Wilson article might be dated in any combination of 11 different calendar formats, included the French Revolutionary, Hebrew, Thelemic, Mayan, or Chinese."

Stone is a British author, sometimes mentioned in John Higgs' writings. One of Stone's books is co-written with Arthur Uther Pendragon, a "self-declared reincarnation of King Arthur," according to Wikipedia.

I greatly enjoyed both the articles linked in this post, thank you very much for sharing.
Paying close attention to what RAW writes, his articles seems to be from 1993-94.