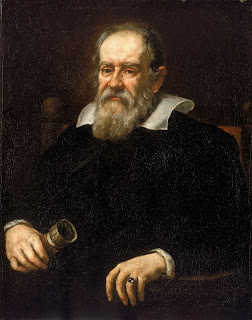 I have been trying to work on some of the exercises for Chapter 7.

The first exercise asks us to compare Greece in the Fourth Century BCE, Rome in the First Century CE, Southern Europe at the beginning of the Renaissance, England 1600-1900, New York 1900-1950 and California today.

All of those could be described as times when the arts flourished, when much of the literature we still read was produced and when wealth was accumulated.

The Fourth Century B.C. was the time of Plato (about 428 BC to about 347 BC), Aristotle (384-322 BC) and (my favorite) Epicurus (341-270 BC). It was the century that Alexander the Great conquered the Persian Empire, greatly extending the geographical area reached by Greek culture and the Greek language.

I guess one way of comparing the various periods is to note that each time and place included people who extended what was allowed to be thought. New York during the period cited by RAW was a center of modernism and modern California was a home to heretics such as Timothy Leary and RAW.  By and large, the periods/places  cited by RAW were periods of free thought, or as RAW puts it in the exercises, "relatively Open Societies." They have been times and places when religion did not have total sway on society.

Epicurus in his time was quite a radical figure. His school included women and slaves as students, not just men. He taught that the gods were not to be feared, that nature ultimately consisted of atoms and the void and that there was no afterlife. Epicurus taught at his private home and garden and said it was best to "live in obscurity," i.e. not get much notice from the powers that be.

RAW's third exercise suggests "reading the denunciations of Galileo by the orthodox of his time." I ran out of time to do research at the library by the time this blog post had to be written, but the Wikipedia article about Galileo  has quite a bit of information about Galileo's troubles with the Catholic Church, and it links to related articles that give more detail, such as Galileo's Letter to Benedetto Castelli defending Galileo's opinion that the planets revolve around the sun and arguing that the church should not be allowed to decide scientific matters; Wikipedia says,

"Likewise, Galileo accepted that the Bible was infallible in matters of doctrine, but he agreed with Cardinal Baronius's observation that it was "intended to teach us how to go to heaven, not how the heavens go." He also pointed out that both St. Augustine and St. Thomas Aquinas had taught that scripture had not been written to teach a system of astronomy, citing St. Augustine's comment that "One does not read in the Gospel that the Lord said: I will send you the Paraclete who will teach you about the course of the sun and moon. For He willed to make them Christians, not mathematicians."

In another exercise, RAW asks us to "Read the denunciations of Beethoven, of Picasso, or Joyce by those who knew in advance what music, painting and novels should be."

One of my favorite Beethoven anecdotes concerns his "Razumovsky" quartets,  middle period quartets which to my ear do not sound terrible radical, but which did move the art of the string quartet forward. An Italian violinist named Felix Radicati asked Beethoven if the pieces could really be considered music, and Beethoven replied, “Oh, they are not for you, but for a later age!”

Robert Anton Wilson was not a best selling author during his lifetime, but he has retained a loyal following years after his death. Should we think that perhaps his writings will come into vogue at a later age? And was he fortunate because he managed for the most part of "live in obscurity?"

Terrific post. I read it while listening to Beethoven's Hammerklavier. I plan to listen to a lot of Beethoven over the next eleven months as we finish this wonderful book. Thank you for hosting this discussion.

Thank-you for the informative post and helpful links. I don't know much about Epicurus, now I'm curious.

Those times and places to compare in the exercize also benefited from significant advancements in communication. Through imperialistic expansion in the cases of Ancient Greece and Rome; the beginning of the Renaissance saw the invention of the printing press. Advances in communication technology completely transformed the world from 1900 - to the 1950s and beyond. It shifted west at some point to California and the Pacific Northwest with the breakthroughs in home computers and the internet.

It seems a nice coincidence that the first RAW podcast featured a great interview with someone from the Korzybski Institute at the same time we study and exercize the time-binding semantic circuit. I belong in the category of RAW students who began reading Science and Sanity and opted out. I figured I could learn enough about General Semantics through RAW. I also didn't know e-prime came from another source, I thought Korzybski introduced it.

Einstein holds that time = another dimension of space, you can't separate time from space. Therefore time-binding also = space-binding. We can imagine a relationship between the art of psychometry and penetrating some kind of artifact - a book, music recording, film, etc. - to enter the time and space bound within that artifact.

William Shatner boldly went where no other 90 year-old human has gone before today. To my mind, this speaks well of both eventual Space Migration and Life Extension.

Thank you for another interesting post, and thanks to everyone here for a great first year of discussion around PR. I definitely am getting much more from the book than by going through it on my own.

Oz Fritz, for me one of the pleasures of watching a film is to enter a specific reality tunnel, so I see what you mean. Even when it obviously is all "fake", ie a fictional story shot in a studio, you still are witnessing a product of its time (film noir from the 1950's, italian gialli, etc). Hence the commonly heard phrase "they don't make them like this anymore". But by bringing psychometry to the mix, I feel like you are somehow echoing RAW and the exercize from chapter 2 about taking a household object and thinking of how it got there. Nice how things connect together.

I recall someone (maybe Steve Pratt, but I could be mistaken) recounting how they'd met Bob in his last years and asked him if he thought his ideas had taken in, spread, and been understood (I'm paraphrasing here). As to which RAW would not look very happy and say nothing in return. I find this interesting to put in perspective together with the perception of people like Galileo or Joyce in their own time. I sure hope RAW will eventually be rediscovered and reappraised.

"Although Epicurus has been commonly misunderstood as an advocate of the rampant pursuit of pleasure, he, in fact, maintained that a person can only be happy and free from suffering by living wisely, soberly, and morally." (from Wikipedia)
This seems to describe well the way I understand RAW spent his last years in a small flat in California.

I have to say that I do not really see what RAW is getting at with the Scientific American exercizes in chapter 6 and 7. So far, I find their articles to be fairly interesting and balanced, if perhaps not very detailed. They do not appear especially dogmatic or conservative to me. Maybe their editorial line has changed since 1997.

Did the U.S. crackdown on drugs harm the economy and science?