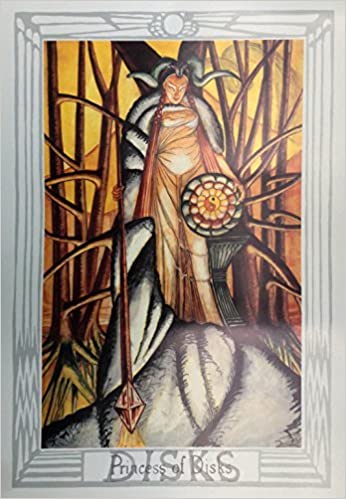 I’ll admit, I’ve never quite grasped the fourth-circuit. It seems dreadfully boring to me- and perhaps that is a sign of my imprint. I am an individualistic person who dislikes the constraints of society, intensely in some circumstances, and who strongly prefers to be left to their own devices. At the same time, that could easily describe a large swath of Americans or humans today. Perhaps when dealing with a “societal” circuit, the data will become dated quickly as society changes. I certainly don’t think that repression is the same issue today as it was in the seventies/eighties. Jerry Falwell is regarded by most “sane” people as a demagogue and hyper-moralist and few people outside of the church communities or the Republican Party can even begin to wrap their head around Evangelical Christian’s desires.

So what happened after the publication of Prometheus Rising? To return to my favorite dead horse, the dissemination of information has warped our previous understanding of how a society should or can function. Writing at the end of the eighties, Thomas Pynchon notes in Is It Okay to Be a Luddite? that whatever the implications of the world wide web, it will mean more of the right information will get to the right people. If you take out the word “right,” I agree with Pynchon. As humans are bombarded by signals from other vantage points, we seem to enter into interior-negotiations with ourselves over whether we will be more affected by these “outside” signals or the “inside” signals of our daily lives.

For example: the Conservative fear and hatred of Hollywood. Conservatives can recognize that the external stimuli of film, television, music etc. is alluring and disruptive to the insular communities that they desire. By importing different views of life and society into the living rooms of “average” citizens, even when those views are rendered as a weak, virtue-signalling subplot that is easily missed or ignored, the entertainment industry is an agent of chaos that brings the immorality of coastal society to small-town, “real,” America . Therefore, even something as milquetoast as Captain Marvel can be interpreted as a radical-feminist screed looking to upset traditional masculinity.

I wouldn’t say that their fears are entirely unfounded. The way we consume entertainment and whatever we mean when we say “culture,” has a direct impact on how we view society in the “real world.” Thirty years ago, the most your average, “well-informed,” non-Jewish person would have known about Orthodox Jews would be that the men have little curls of hair and the women cover theirs. Last year, the whole nation was educated in Orthodox beliefs as we examined the community's relationship with COVID-19. Those who bothered to read or watch the news could hear debates about why people in Orthodox communities didn’t want to take the vaccine or stop gathering for religious events, despite medical science. Similarly, outside of occult circles, the Yezidi were unheard of in the West until around 2014 when coverage of the Syrian conflict forced them into news stories. We learn, or at least have the opportunity to learn, more about the world and different peoples than ever before.

The blunt description of the Princess of Disks is quite humorous to someone who has studied tarot extensively. The Princess of Disks actually represents the sublime degradation of matter, the end point of the process described over the entire tapestry of the tarot, and the all-important function of destruction and rebirth. In a way, I read Wilson’s summary of the circuit in this chapter as the building of a tidal shelf, but it is rather a structure that is being destroyed and rebuilt in perpetuity. The fourth circuit changes to the consternation of those of us who were imprinted earlier than these heathen children.

Interesting post, food for thought. Love that Tarot image, one of my favorites. Duquette used that image for the cover of his book on the Thoth Tarot.

Here's a video of what seems to me a positive side of C4 in action. We see a happy social gathering going on completely outside mainstream Society: more like what Hakim Bey calls a Temporary Autonomous Zone. The audio isn't great but the energy and feeling carry it:
https://youtu.be/R8ifTS5NEsI