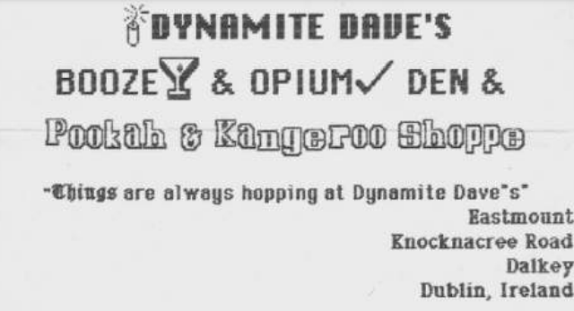 The latest RAW Semantics blog post weighs in on a letter Robert Anton Wilson wrote to Kurt Smith.  Brian writes, "It contains some wonderfully lucid passages that clarify parts of Bob’s whole approach and philosophy in a way that I haven’t seen elsewhere."

RAW's customary wit and humor is there, but I must confess I don't follow the argument that a chair being seen by a viewer is not a chair but a "space-time event." I get it it that the person is seeing in image of the chair in his brain, and that seeing it does not capture all of the features of the chair, but I still think it's a chair. RAW says he used to argue about such things with Robert Shea, and I wonder if this is one of those instances when I would have agreed with Shea.

The more important issue is that I want to complain, once again, that RAW's voluminous correspondence with Shea has not been preserved. In Cosmic Trigger 3, RAW expressed the hope that all of those back and forth letters would be published. Unfortunately, neither man did a good job of preserving their papers and allowing such a book actually to be written. It's mind-boggling to me that both of them made so lilttle effort, but it is what it is. (I've tried asking their literary heirs. RAW and his family moved constantly from place to place, so I'm sure it's a factor. I don't know Shea's excuse -- he lived in the same home for many years.)

I still hope, somehow, those letters might be found and published.

If a chair is on stage and Clint Eastwood isn’t talking to it, is it still a chair? And seriously, it’s only a chair in your mind. I thought we settled this when Duchamp set a urinal on its side and signed it r mutt. I vote Bob on this one.

As a coincidence (if there are such things!) Vsauce's most recent video "Do Chairs Exist?" is a pretty good explainer: https://www.youtube.com/watch?v=fXW-QjBsruE

To me it boils down not to the image, but that our brains put a label to an object and imbue it with meaning. It's not an argument that the chair's atoms don't exist, but rather that those particular atoms belong together and have a name is only in the brain. The fact that most humans would agree that it "is" a "chair" is merely a social artifact, not some objective reality.

Like Brian, I love this line: “transactionalism is not the solipsist pole of the Aristotelian-solipsist either/or but is a third alternative.” 👌

There is only one chair. It’s the platonic ideal chair, right? And I think they keep in the basement of the Smithsonian.

I, at least at this point in time, also think it's a chair. It seems to me that while our subjective approximation of objective reality is always doomed to be flawed, objective reality still exists. Even after reading the letter I don't know if that agrees or disagrees with RAW's take on the subject.