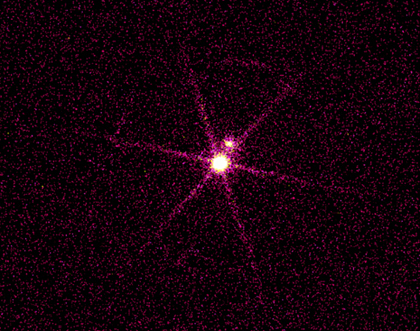 "So, most people are unaware that One Hundred and One Dalmatians, the novel, has a bonkers sequel called The Starlight Barking.

"At the stroke of midnight, a SPACE DOG appears atop Nelson’s Column. He explains that he is Sirius, Lord of the Dog Star, and that the earth is going to be destroyed in a nuclear war. Sirius loves earth-dogs and wants them to return with him to his home planet."